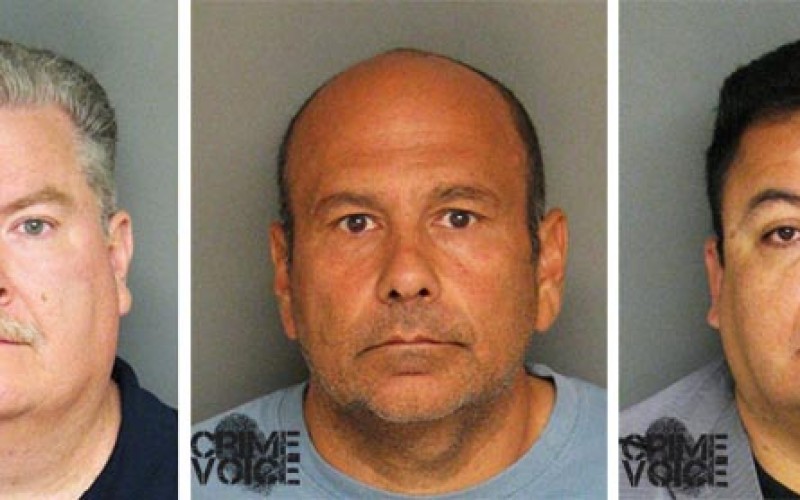 The charges stem from a six-month investigation as a result of ongoing complaints of corruption and other criminal acts.  The investigation began in September of 2013.

“The investigation revealed a significant lack of leadership within the King City Police Department.” Monterey County District Attorney Dean Flippo said in a press release, “ The most disturbing was that evidence revealed a scheme whereby people participating in the scheme would receive free vehicles that had been impounded by officers within the department.”

Evidence shows that the victims were economically disadvantaged people of Hispanic descent who were targeted and had their vehicles impounded and towed By Miller’s Tow in King City. The vehicles were sold or provided free to some of the officers as a result of the victims inability to pay the impound fees.

Evidence revealed that Sergeant Carrillo impounded over 200 vehicles during that period of time. Over 87% of those vehicles were towed by Miller’s Tow.  According to the District Attorney Office, it is alleged that owner, Brian Miller, conveyed numerous vehicles for free to Sergeant Carrillo. 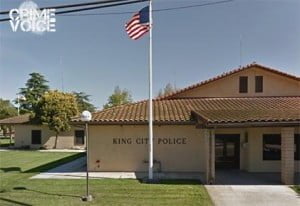 All defendants are expected to be arraigned on the charges on Monday, March 3, 2014.

UPDATE 3/24/15 –  Monterey County District Attorney Dean Flippo announced that Brian Miller, 50 and former owner of Miller’s Towing of King City, pleaded guilty to bribing and executive officer, and grand theft, both felonies. He faces up to 4 years, 8 months prison time, but cooperation with the prosecution may reduce his time. He was said to have cooperated with the D.A.’s office since the investigation began.

3/25/15 – Officer Mario Mutto pleaded no contest to two counts of embezzlement, one felony and one misdemeanor, it was announced today. In a plea deal, he will reportedly testify against former Police Chief Nick Baldiviez at his trial. Mark Baker had already pleaded no contest in December, while Bobby Carillo pleaded not guilty and is due for trial on June 1, according to KSBW News. 10/07/15 – Update – Carillo’s trial is now set for January 4, 2016. Also, Mario Mutto has been sentenced to 30 days in jail and three years probation, said DA Dean Flippo. Mutto will also be required to convey the title to the show car (see below) over to King City.

4/10/15 – The District Attorney announced today that former officer Jaime Andrade was sentenced to three years probation, 200 hours of community service, and 30 days in county jail for the charge of unlawful storage of a firearm. His stepson had been found with a handgun during a traffic stop in Salinas. It had been kept in an unlocked bedroom cabinet, according to statements from Andrade, the minor, and officers, though Andrade later claimed it was always kept in a locked safe.

7/20/15 – D.A. Dean Flippo announced today that Bruce Edward Miller pleaded guilty to misdemeanor counts of conspiracy to commit an act injurious to the public, and for giving false statements to the DMV in connection to the investigation into corruption. He had stated that he paid $500 for a car that had been given to him from officer Bobby Carillo in exchange for allowing the illegal towing operation to continue. Miller is due to be sentenced on September 15 by Judge Julie Culver, and faces up to 18 months in jail. 9/15/15 – In an updated press release, DA Flippo announced that Miller was sentenced to 90 days in jail, and 3 years probation. He will not be permitted to work for the police department during that time, and is required to testify truthfully in any court proceedings.

7/30/15 – D.A. Dean Flippo announced today that the jury could not reach a unanimous verdict on charges of felony embezzlement and perjury against former Chief Dominic Baldiviez after a three week trial. To avoid another lengthy trial, both parties agreed to guilty pleas on misdemeanor embezzlement and obstructing an officer by lying to investigators. Baldiviez was accused of giving officer Mario Mutto Sr. a patrol car, which Mutto modified to use as a show car. The process was intended and approved by the city council to benefit the Police Explorer program. After two years, Baldiviez signed ownership of the car over to Mutto without payment. He later testified that he had not signed the papers, and that his signature was forged. An email from Bruce Miller contradicted his story, but the defense claimed that email was forged as well. After the plea agreement, Baldiviez will be sentenced in September by Judge Hood, and faces up to two years in custody. – Update 10/07/15 – Baldiviez was sentenced to 30 days in jail and three years probation, Flippo announced today. Mutto will also be required to convey the title to the show car over to King City. 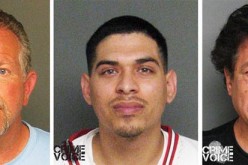 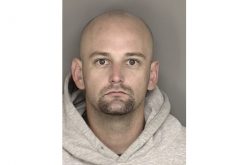 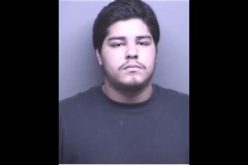