SAN JOSE – The San Jose Police Dept. has noted a significant decrease in violent crime over month long assault on gangs and crime due to the METRO Unit and increased patrol activity. 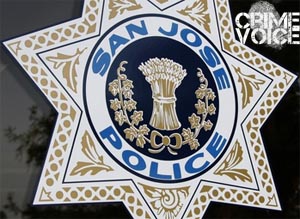 Accordingto the San Jose Police Report, the effects increased patrols have had on the population has resulted in a decrease in violent and gang-related crimes. Acting Chief Larry Esquivel said, “These numbers reflect the great work being done by our officers on a daily basis.” The total reduction in violent crimes over the last month has resulted in a monthly reduction of over 15.9%.

“We will continue to work collaboratively with the community to reduce crime in our city. These numbers are definitely a step in the right direction,” Esquivel said.

Yet despite these numbers, not all crimes are actively abated before they occur. 39-year-old Antonio Hernandez was arrested on or about July 1, 2013 under PC 273.5 (a) for Misdemeanor Battery that had resulted in a traumatic aftermath, due to the force and forethought by the suspect to subdue his girlfriend during an argument.

On July 1, a caller the to San Jose Police Department’s 9-1-1 call center reported that a domestic dispute had ended in a violent nature with the victim’s purse being taken. Falling under the classification of “Strong Arm Robbery,” the victim was at the Lido Nightclub located at 30 South 1st Street in San Jose when her handbag was nabbed. Hernandez had been in a relationship with the female victim for about four months when they had gotten into the argument at the club in the back parking lot. When she tried to walk away, Hernandez grabbed her from behind and held her in a tight ‘bear hug’ refusing to release her. Once, he grew tired of holding her, he took his fist and hit the female victim in the head and lip causing bruising and a small laceration.

He took her purse out of her hands and left with her hand bag. She went back to the club to look for a friend, and was driven home.  She soon after called 9-1-1 to make a report to the police the about what Hernandez had done.

Upon arrival at Hernandez’ residence, he was escorted outside by officers who booked him into the Santa Clara Main Jail for “Strong Arm Robbery”, and domestic violence charges. He was also given a copy of an Emergency Restraint Order that is used to help protect victims from retaliatory crimes by offenders.

During the course of their relationship, she had also reported that Hernandez had waited for her outside of her home by lying on the grass in the dark behind a fence. Once she had returned home, the suspect jumped out and scared her. The victim stated that she had told him “this is private property.” Hernandez was asked to leave. There was no other incidence that had occurred. 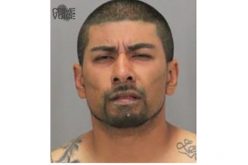