Auto theft has always lured criminals in with the “fast cash” that it can bring. Whether it is dismantling and selling the car piece by piece, distribution to underground lump sum “Chop Shop’s,” or through insurance fraud activities, auto theft remains to be a very lucrative business.

Northern California seems to be a major hot spot in 2012 for this type of crime as Northern California cities were almost the only cities ranked in the top ten throughout the U.S. according to the National Insurance Crime Bureau.

The NICB’s 2012 top 10 theft Hot Spots, followed by each area’s rank the previous year, are:

With continuing arrests being made concerning auto thefts in this area, it leaves one wondering if these statistics will decrease this year in the NorCal area.

During a telephone interview Frank Scafidi, a  spokesman for the Des Plaines Illinois-based NICB said: ” There were budget crunches in a lot of areas,” adding “There have been layoffs of police. There’s been less focus on non-violent crimes, because there’s been more focus, as there should be, on violent crimes and crimes against people.”

NBIC reports that Modesto, California, including Stanislaus County, placed No. 1 in the ranking of auto thefts per capita in 2012. Thefts in Modesto increased by 29 percent from 2011 to about 817 cars per 100,000 people. Modesto Police Sergeant Rick Armendariz estimated that staffing levels in the city have shrunk by 30 percent over the past four years.

“You can only do so much with so many people,” Armendariz said in a telephone interview. “The auto-theft countywide task force that we participate in has been devastated because our staffing levels have been cut throughout the state.”

“California rates are going up because there’s no resources and no law enforcement,” John Abounader, executive director at the International Association of Auto Theft Investigators, said in a phone interview. “Criminals know where the resources are and they go where they’re not.”

“California has more vehicles than other states, access to ports and borders for smuggling, and mild weather that keeps cars in good shape, drug use also drives thefts” Scafidi said, adding, “There’s a notorious methamphetamine problem in this state where you have a lot of drug problems, police will tell you, you have a lot of property crimes. It’s like peanut butter and jelly.”

For instance: Three people have been arrested in Stanislaus county alone in the past two weeks: 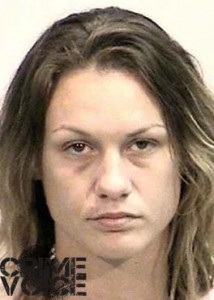 Jamie Cummings, 26 of Modesto was arrested on June 14 By the Modesto Police with charges of auto theft and receiving stolen property. 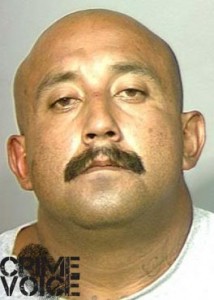 Paul Rosas, 39 of Empire was arrested Tuesday by the Stanislaus County Auto Task Force on  charges of auto theft, theft or extortion involving a motor vehicle or trailer, enhancement for crime committed while on bail, possession of drug paraphernalia, driving with suspended or revoked license, possession of burglary tools, obstructing or resisting a police officer. 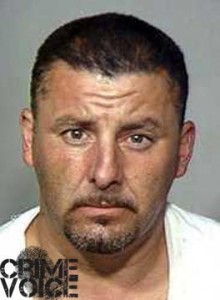 Raymond Velasquez 44, of Pacifica was arrested on Tuesday by the California Highway Patrol on charges of: auto theft, receiving stolen property, driving with suspended or revoked license.

Photos courtesy of the Stanislaus and Modesto police Departments and the California Highway Patrol. 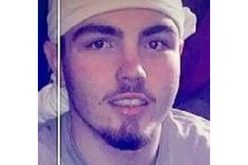 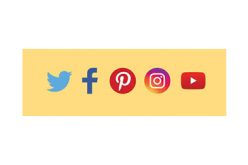