SACRAMENTO – Detectives from the Sacramento County Sheriff’s Department have arrested a 15-year-old male in connection with the sexual assault of a woman nearly two months ago, according to an official press release. 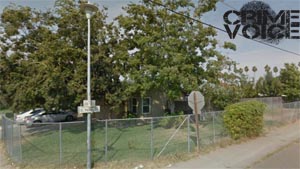 The suspect, whose name is being withheld as he is a juvenile, was reportedly taken into custody from a residence without incident by detectives from the Sheriff’s Major Crimes Bureau on Tuesday, April 2. He has reportedly been booked into the Sacramento County Juvenile Hall on charges including robbery, burglary, forcible rape, elder abuse, and injury to a telephone line.

According to the Sheriff’s Department, on February 6, 2013, at approximately 6:15 pm, the suspect entered an apartment in the 4900 block of El Paraiso Avenue in south Sacramento County. The resident of the apartment, an elderly woman in her 60s, attempted to flee but was reportedly overpowered by the suspect, who sexually assualted her and stole money and other items before fleeing on foot.