Vacaville – Dalmacio Fernandez, a 29-year-old Vacaville resident, was arrested late on Sunday for burglary and possession of methamphetamine, both felonies.

Police were called just before midnight on Sunday about unusual activity at a home in the 300 block of Buckeye Street. The call was from a neighbor who had noticed odd noises coming from inside the home and that the side door to the home’s garage was slightly open. 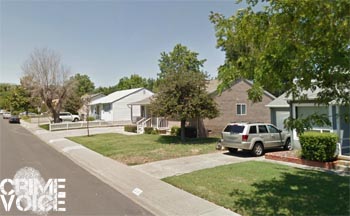 When officers arrived they discovered a side gate to the home’s backyard was open. They also saw tools on the ground near the side door to the garage, and that the door had recently sustained damage. At that point someone came out of the garage carrying a large television. The suspect was identified as Dalmacio Fernandez. He also had stolen property in his jacket pockets from his foray into the home.

Officers attempted to cuff Fernandez but he struggled with them and kept trying to reach into the pockets of his pants. It was later discovered that what he had in there were methamphetamine and related paraphernalia.

Investigation of the premises showed that two doors to the home had been forced, and that more property inside the home had been organized into piles as though Fernandez planned to return for those belongings as well.

Anyone with information about this incident is asked to call Officer Robert Horel at (707) 449-5200. If you see anything that indicates a burglary or other crime is taking place in your own neighborhood, please do what this alert neighbor did and contact your police department.