SAN BERNARDINO – Police are still searching for a man who beat up an elderly couple during a Saturday night home invasion.

By Tuesday, police had no additional information to the identity of the man who struck an 84-year-old woman several times in the upper body, face, hands and arms. A sheriff’s official said the woman suffered from a fractured arm. The unidentified victims, who live on the 900 block of West 40th Street, called sheriff’s deputies at 4:24 early Saturday morning. The woman reported a man was in their house, according to deputies. 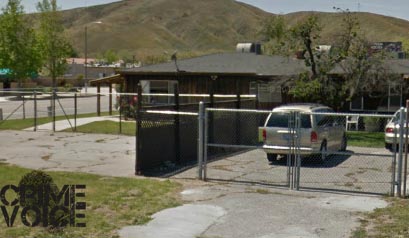 A 7 foot high, padlocked fence did not keep the assailant from breaking and entering the elderly couple's home

The assailant, described as a black man, 5-feet, 10-inches, 170 pounds wearing a Khaki-colored hoodie, did not apparently realize the victims were awake. When the woman’s 95-year-old husband tried to intervene, the robber turned on him. The man suffered a broken finger and cuts, but was released from the hospital, said deputies. The assailant fled with valuables from their home, including an undisclosed amount of cash, a 1935 Colt .22 handgun and other property, according to deputies.

Deputies described the property as being surrounded by seven-foot high chain link fencing and located in an unincorporated area in north San Bernardino. The gates were padlocked.

While the husband was treated and released, the woman remains hospitalized at Loma Linda University Medical Center, about 15 miles from where the incident occurred. Deputies treated both the husband and wife as confidential victims.

San Bernardino police are collaborating with the sheriff’s investigators to compare other similar crimes that have occurred against elderly people within the past few months. Anyone with information about this incident is encouraged to call the San Bernardino Sheriff’s office at 909-387-3545, 909-387-8313, or WeTip at 800-78-CRIME. 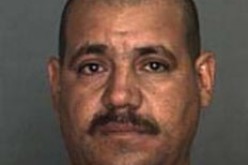 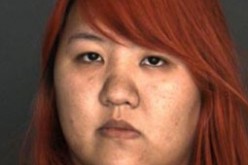 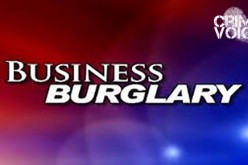 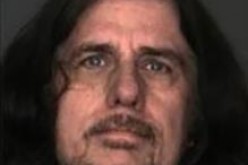