A fugitive wanted in connection with a December 2011 carjacking in the South Bay has been caught in Mexico by the U.S. Marshal Service. 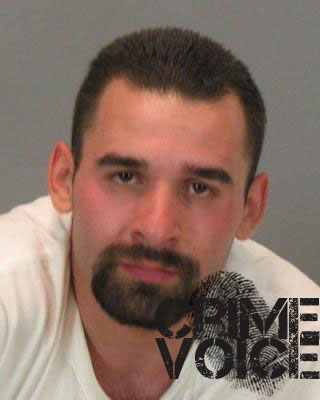 According to the marshal service, Milpitas police detectives were in San Jose on December 20 conducting an investigation into a carjacking that happened on December 7. At about 8:40 a.m., officers spotted their suspect jumping into a car and speeding away. After a brief chase, Brown crashed the vehicle and fled on foot, eventually entering the home of an elderly man and stealing his car keys. Brown then used the man’s car to escape police, crashing into a San Jose police motorcycle that was being used in a roadblock. Brown fled the scene and was able to avoid capture for more than two months.

On March 12, Mexican officials, along with U.S. Marshal Service personnel, were conducting surveillance at Brown’s suspected location just beyond the border in Mexicali, Mexico. At some point, O’Keefe says, Brown became aware of the surveillance and led officers on a high-speed pursuit that ended in another crash. Brown and his brother, Isaac Brown, who was with him during his alleged escape attempt, were taken to a local hospital and are now in the custody of the U.S. Marshal Service.

“This is an example of how our multi-jurisdictional agencies work for one common goal, to show that out-of-country fugitives can’t escape justice by fleeing the United States,” O’Keefe said in a press release. “The United States Marshal’s Task Force brings together the resources and expertise of state, local, and federal agencies in a coordinated effort to arrest dangerous and violent fugitives.”

Suspected Car Thief on the Run