FRESNO – Three suspects are at large after they invaded a Fresno home and pistol-whipped one of the residents inside.

The incident happened just before 9:30 a.m. on Thursday on the 5200 block of East Kaviland near Peach Avenue. Two suspects approached the house and forced their way through the door, while a third suspect waited in a getaway car. 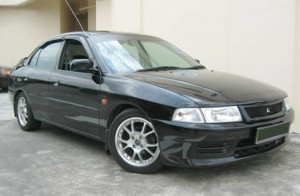 The suspects fled in a 2000 - 2002 Dark Gray Mitsubishi Lancer, which may look similar to this model

“One of the suspects was armed with a shotgun,” said Lt. Burke Farrah with the Fresno Police Department.

Two adults and two children were inside the home at the time of the invasion, police said. The suspects detained the victims while they ransacked the house. At some point, the suspects hit the adult male on the head with a gun.

Two indoor marijuana grows were found in the home and police believe that is what caused the suspects to invade the home.

“The robbers knew there was cash, drugs and weapons inside the home,” Farrah said. “That’s exactly what they took.”

Farrah said a handgun was taken, as well as cash, jewelry, and some marijuana.

Police said that the victims and the suspects were not known to each other.

The adult male victim was taken to the hospital for minor injuries. No one else was hurt.

The suspects left the scene in a getaway car being driven by a third suspect. The car is described as a dark gray four-door Mitsubishi Lancer, possibly a 2000 or 2002 model. The suspects are described as Hispanic males. Anyone who has any information on the crime is encouraged to call the Fresno Police Department at (559) 621-7000 or Crime Stoppers at (559) 498-STOP. 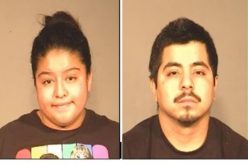 Suspects Arrested for Murder of Young Mother and Infant Daughter 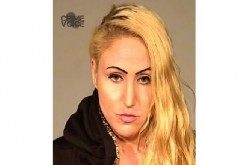 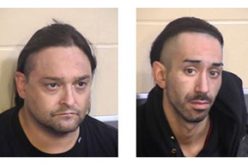