A former Washington Union High School teacher not only admitted an inappropriate affair with a minor, but is asking for forgiveness.

Nadia Christine Diaz, 26, had told school officials that having unlawful sex with a then 15-year-old boy in both January and February of 2010 was a terrible mistake. She has now asked God to forgive her according to a sheriff’s detective affidavit that was filed by Fresno Superior Court on Tuesday.

The affidavit, written by detective Juan Galindo, describes the series of events that led to Diaz resign from her social sciences teaching position at the high school located in the southwest Fresno suburb of Easton. 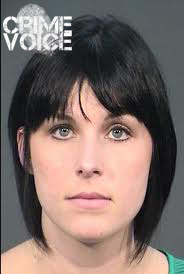 The relationship with the minor first began when Diaz was a substitute teacher, and when cell phone numbers were exchanged between Diaz and the boy, which led to the two beginning to text message each other.

It was also revealed that the boy had spoke to Galindo as well regarding the encounters he had with Diaz, even describing one night back in January when Diaz texted the minor at around midnight.

“He first had sex with Diaz in January of 2010,” Galindo said in the affidavit. “He said he was alone watching a movie at a friend’s home when Diaz texted him around midnight. She was at a bar because she was having a rough day. Diaz later met the boy at the friend’s home and had sex.”

Another sexual encounter between Diaz and the minor occurred at the same house the following month, while the friend was at work.

Even Diaz was starting to feel guilty about what she was committing, according to Galindo’s affidavit.

“Diaz told the boy that she couldn’t believe she was doing this,” Galindo said. “The boy assured Diaz that no one was going to find out.”

The boy, however, stopped talking to Diaz after the second sexual encounter because, according to the affidavit, rumors around Washington Union High School began to spread that both Diaz and the minor were seeing each other.

It was then that school Principal Derek Cruz and district Assistant Superintendent Joey Campbell began to intervene, and confronted Diaz about the rumors of her affair with a Washington Union student.

“Principal Cruz said Nadia never denied it and she began to get visibly nervous,” Galindo wrote in the affidavit. “When Campbell identified the student, Diaz put her head down and shook her head. Diaz then said she regretted what had happened and said she asked God to forgive her.”

Diaz is currently free on $60,000 bail and will be arraigned at Fresno County Superior Court on Dec. 20. She was arrested back on Sept. 16 and is facing two felony counts of unlawful sex and one count of oral copulation with a minor under the age of 16. 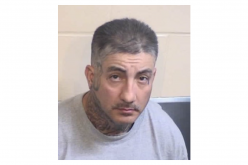 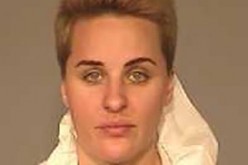