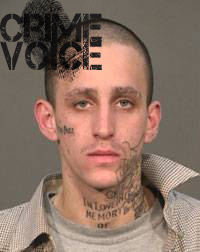 A car chase suspect found out that he was stuck in a hard place on Wednesday night in central Fresno, after he accidentally wedged himself between two buildings while trying to evade arrest.

Fresno Police officers arrested 24-year-old Samuel White after stealing a car near Fresno City College on eastbound Clinton Avenue. A police officer discovered the male, along with a female passenger, driving with the stolen Nissan around 7:30 p.m. and began pursuing the male suspect and his female acquaintance.

White was even driving the vehicle in the wrong way while traveling southbound on Blackstone Avenue. He rear-ended another vehicle and crashed into a pole near Dakota Avenue next to Blackstone.

Both White and the female then tried to escape after crashing the stolen car, but officers detained the female passenger, while White climbed the roof of the Manchester Motel located near the Manchester Shopping Mall in central Fresno.

The man then scaled over to another building that was a neighboring strip mall containing Club Dakota. Fresno Police Lt. Joe Papaleo said that authorities were able to seal off any easy attempt the suspect might have had with escaping.

“While on the roof of the building, police blocked off the perimeter to stop him if he managed to find his way back down,” Papaleo said.

What then happened, however, was the car chase suspect attempted to jump towards another roof, this time the top of the Manchester Mall. He missed his jump and wound up being stuck in an 18-inch-wide gap between the buildings.

He did manage to slide his way down, but authorities were right there waiting for him.

“When people are trying to evade us, obviously they don’t make real good decisions,” Papaleo said. “Obviously in this case it’s another case where he didn’t make a very good decision. He tried to jump onto a higher roof, he wasn’t able to make the jump and he fell.”

After hitting the ground and falling in front of officers, White was arrested for hit and run, suspicion of assault with a deadly weapon, possession of methamphetamine, evading police officers and resisting arrest.

No significant details on the female passenger were made public, including the woman’s age and her ties to White.

KSEE24 News: Wanted Parolee Arrested After Getting Stuck Between Buildings

abc30: Suspect stuck between buildings after chase with Fresno Police 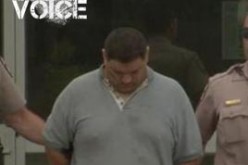 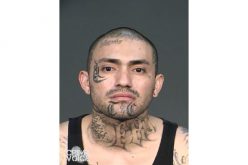 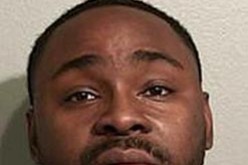 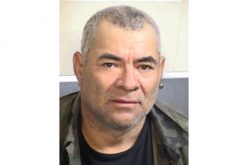