FRESNO – A little kicking and screaming didn’t prevent the arrests Tuesday evening of a female juvenile and the wanted felon sheriff’s deputies found inside her home.

The felon, identified as 18-year-old Marcelino Garcia of Fresno, was wanted on felony warrants for drugs and weapon violations. According to Fresno County Sheriff’s Department spokesman Chris Curtice, a phone call from a nearby residence led authorities to a home in the 3500 block of South Cherry Avenue, which is next to Highway 41 in Southwest Fresno. The tip to authorities indicated that Garcia was hiding inside that home.

Once deputies arrived, they found that the front door was shut, which led them to the back door. That was where they saw the female juvenile walk out of the house heading to some outbuildings at the rear of the property. Authorities say she was arrested because of her aggressive response toward them once they made contact with her.

“She turned and tried to strike one of them, resulting in her immediate arrest,” Curtice said. “Even as she was handcuffed, the juvenile continued to try and kick the deputies while on the ground.”
While deputies apprehended the female, whose age or name was not revealed, Garcia exited one of the outbuildings and began to yell at the deputies. Curtice said Garcia ignored deputies’ commands and also acted out aggressively.

“Garcia was ordered to get on the ground but refused and advanced on the deputies,” Curtice said. “After refusing several commands, Garcia was taken into custody with the use of a taser.” 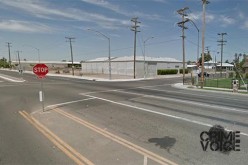 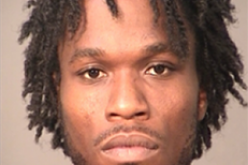 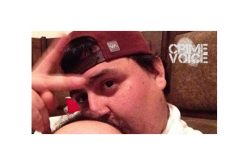