ROSEVILLE — Roseville police chased down a grand theft suspect who may have sparked a wind-swept vegetation fire that chewed through 90 acres of open grassland Wednesday. 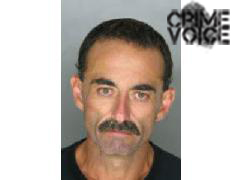 Patrick John Henry, 40, of Lincoln was arrested after leading authorities on a pursuit into the open grassland area north of Roseville where the fire began. Henry, who was on parole, was booked on suspicion of grand theft, evading a police officer with disregard for public safety, resisting arrest and violation of parole. The 10-minute pursuit may have also been the cause of the vegetation fire that grayed a sky visible miles away. According to city fire officials, the exact cause of the fire is still under investigation.

It took roughly two hours for regional fire agencies to quell a blaze that started approximately 12:23 p.m. in the northern part of town, northwest of Blue Oaks and Foothills boulevards. It was completely contained by 2:30 p.m. No structures in the adjacent neighborhood were destroyed. The fire did cause an hour-long power outage affecting 4,400 customers. Power was restored by Roseville electric crews around 1:30 p.m. A damage assessment is being conducted.

Roseville police responded to an alarm near a construction site on Secret Ravine Parkway about 10 minutes before the fire began. As officers arrived, Henry fled in a 1995 Saturn four-door, with stolen property visible in the trunk. Officers pursued Henry until he drove his vehicle into an open grassland area northwest of Blue Oaks Boulevard and Fiddyment Road, where the fire originated.

Henry is being held without bail in the Roseville City Jail. 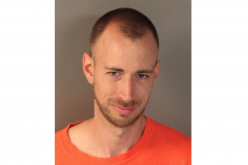 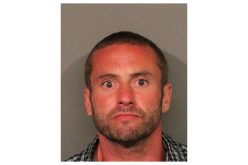