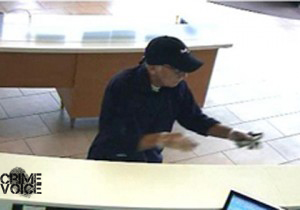 NEWPORT BEACH, CA – A robbery of the Wachovia Bank at 3201 Newport Blvd. spurred police on what turned out to be a short search that ended with the arrest of a 72-year-old suspect who was sitting in a bar near the Newport Pier.

Richard James Feeney, 72, of Costa Mesa, was taken into custody Wednesday morning, less than a mile from the Wachovia Bank, inside The District bar, located at McFadden Pl. and W. Oceanfront, having just bought a drink.

According to police, just before 11 am, the suspect entered the bank, pulled out a handgun and ordered the bank teller to give him some money.

The teller handed over an undisclosed amount of cash and the robber retreated from the bank, reportedly fleeing the area on foot.

The suspect, Feeney, was located shortly thereafter, sitting in the bar with a drink, and arrested for 211 PC – Bank Robbery. He was booked at the Newport Beach Police Department with bail set at $50,000.00.

Anyone with any other information regarding the suspect, or similar crimes, are encouraged to contact the Newport Beach PD at 800-550-NBPD – anonymously if desired.