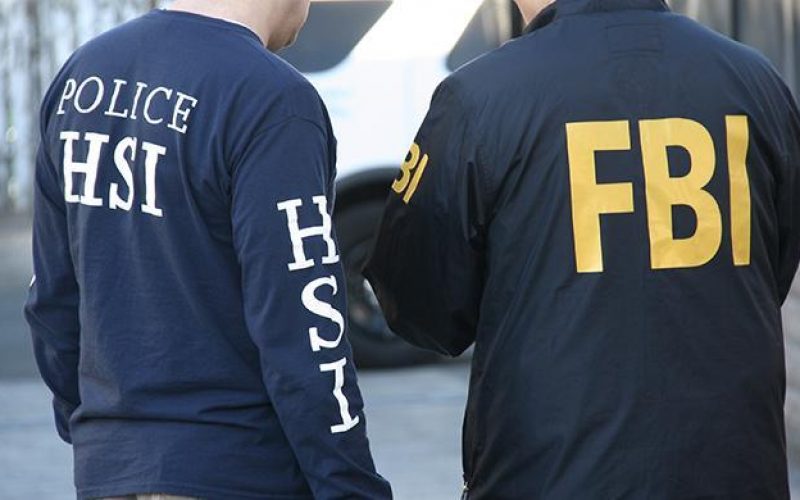 LOS ANGELES – An international effort to disrupt narcotics trafficking on the darknet announced charges Tuesday against a Southern California drug-trafficking organization’s key member who had allegedly supplied methamphetamine as well as other illicit narcotics to thousands of U.S. and worldwide customers.

“This case is part of Operation DisrupTor, which builds on the success of prior actions targeting darknet vendors, including the takedown of Wall Street Market, which was one of the world’s largest dark web marketplaces,” said ICE. “Following the Wall Street Market takedown in May 2019 and the filing of federal charges in Los Angeles against the administrators, law enforcement in the United States and Europe obtained intelligence that allowed them to identify darknet drug traffickers.”

“These online black market websites use a variety of technologies, including the Tor network and other encryption technologies, to ensure that communications and transactions are shielded from interception and monitoring,” according to court documents filed last week in Los Angeles. “A famous dark web marketplace, Wall Street Market, operated similar to legitimate commercial websites such as Amazon and eBay, but offered illicit goods and services” in exchange for virtual currencies, such as Bitcoin.

As the investigation into the “Stealthgod” crew continues, the Los Angeles JCODE Task Force’s additional seizures include $1.6 million in cryptocurrency, three firearms, 11 pounds of methamphetamine and 14 pounds of pills pressed with methamphetamine. In addition to the Operation DistrupTor cases related to “Stealthgod,” federal prosecutors in Los Angeles have filed cases against other alleged darknet narcotics traffickers and those who help them convert bitcoin into fiat currency.

The U.S. Attorney for the Central District of California’s International Narcotics, Money Laundering and Racketeering Section is prosecuting cases stemming from the investigation into the “Stealthgod” organization, with investigations conducted via support of the Organized Crime Drug Enforcement Task Force (OCDETF).

The Drug Enforcement Administration (DEA) provided substantial support during the “Stealthgod” investigation. Other participants include The Los Angeles Police Department and Los Angeles Sheriff’s Department, with assistance provided by The U.S. Attorney’s Office for the Northern District of California.

“Stealthgod” cases are the result of an investigation by the Los Angeles JCODE Task Force, which is comprised of several federal agencies, including HSI, the FBI and the U.S. Postal Inspection Service.

“Members of the Stealthgod crew have discovered that not even the darknet could shield their criminal activities from the watchful eyes of Postal Inspectors and our law enforcement partners,” said Patricia Armstrong, inspector in charge of the U.S. Postal Inspection Service, Los Angeles. “The alleged drug traffickers miscalculated when they chose to use the U.S. mail to further their crimes, and they will face a very severe price.”

“American citizens endure the unfortunate consequences of darkweb marketplaces where criminals get rich by exploiting those suffering through an opioid epidemic while evading law enforcement scrutiny,” said John F. Bennett, acting assistant director in charge of the FBI’s Los Angeles field office. “This case and others should send a message that law enforcement has infiltrated the perceived anonymity of the darkweb and possesses the tools to identify and hold accountable individuals and groups responsible for illegal trafficking and the devastating toll it takes on humanity in the United States and abroad.”

“Through the outstanding efforts of the JCODE Task Force, we have been able to unmask those hiding on the darknet, bringing to justice a wide array of criminals, including those operating online marketplaces, laundering cryptocurrency, and spreading drugs around the world,” said U.S. Attorney Nick Hanna. “My prosecutors and their JCODE partners will continue to rein in illegal dark web activities by disrupting other traffickers and those who help them access their illicit cryptocurrency.”

You are encouraged to share Tips with ICE via their Toll-Free Hotline: 1-866-DHS-2-ICE.