Richmond police arrested Shirley Tolbert, 43,  Sept. 29 after she was reportedly spotted using her car to ram her husband during a domestic dispute.

According to Richmond police Lt. Mike Gormley, te incident happened at about 11:40 p.m. in front of the home shared by Tolbert and her husband in the 500 block of Ninth Street. A police officer on routine patrol drove past the home and witnessed Tolbert behind the wheel of a Cadillac that she was using as a battering ram to shove her 29-year-old husband into a pillar, Lt. Gormley said.

Tolbert’s husband sustained compound fractures in both of his legs, among other injuries, and was transported to John Muir Medical Center in Walnut Creek. He is in critical but stable condition, according to Lt. Gormley.

In addition to the attack on her husband, Tolbert also stands accused of using the Cadillac to repeatedly ram a BMW parked in front of her house. 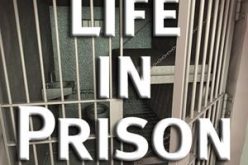