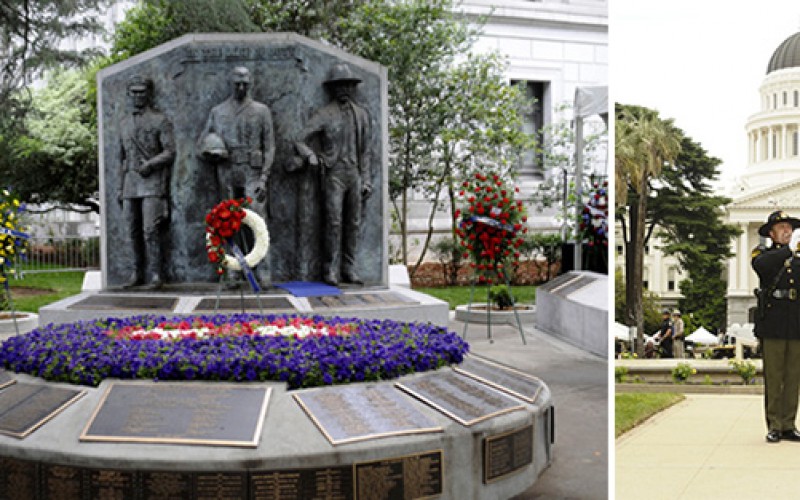 The California Peace Officers Memorial Foundation announced that the 2015 Memorial Ceremonies will be held on Sunday, May 3 and Monday May 4 this year. The events will take place at the Sacramento Hyatt Regency Hotel in downtown Sacramento, as well as the California State Capitol and the California Highway Patrol Academy in West Sacramento.

The honored officers, who lost their lives in the line of duty in 2014, will be:

In addition to the officers who were killed in the line of duty in 2014, the Foundation will be enrolling lawmen who died in years past – some over 100 years ago.

The events surrounding the memorial ceremony will include a survivor’s reception on Sunday afternoon, followed by a dinner that evening, and a candlelight vigil to be held at the Memorial Monument for Fallen Peace Officers on the grounds of the State Capitol.

On Monday, a Law Enforcement Memorial Caravan will leave the grounds of the CHP Academy in West Sacramento, and proceed across the Sacramento River to the Capitol and the monument. A private ceremony will be held in the Senate chambers for the honored families, accompanied by their agency escort officers, and state representatives. The event concludes with an enrollment ceremony at the Memorial Monument, which will include a 21 gun salute, taps, and retiring of the colors. 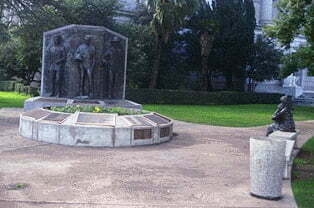 The Peace Officers Memorial Monument is in Capitol Park at 10th Street and the Capitol Mall.

The California Peace Officers’ Memorial Foundation is a non-profit charitable foundation whose mission is to recognize and honor California’s peace officers who gave their lives ‘In The Line of Duty’ serving the citizens of this great state, and provide support to the family members left behind. The California Peace Officers’ Memorial Ceremonies have been conducted in the State Capitol since 1977. The Memorial Monument was unveiled in 1988 after a 10-year effort to erect a permanent tribute.

Vic Riesau was a retired LA County Sheriff’s division chief who started a new career as an artist and sculptor. The bronze monument he created depicts a 1880’s era sheriff, a 1930’s era state trooper, and a 1980’s era patrolman. A sculpture of a woman with a child, bearing a folded flag, and a planter with bronze plaques bearing the names of fallen officers completes the memorial.

Governor George Deukmejian in dedicating the memorial in 1988 said “We pledge our best efforts to stand behind the men and women who stand behind the badge. The job of a peace officer is perhaps the most difficult and challenging one of all in our society. We are very thankful to those who are willing to risk injury and even death in order to provide greater protection and safety for all of us.” 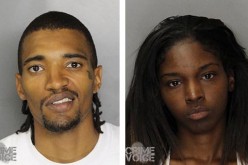 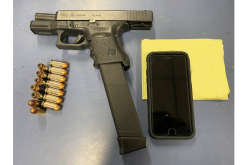