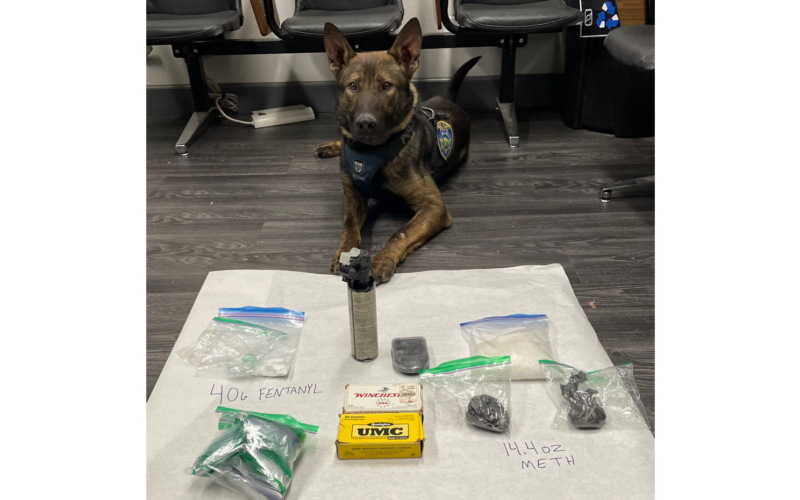 A man with several outstanding felony warrants was reportedly arrested in Red Bluff after officers discovered during a traffic stop that he was one of the occupants in the vehicle.

Red Bluff police announced in a press release that 32-year-old Brett Howell was discovered in the back seat of a car that had been pulled over in the area of Antelope Boulevard and Gilmore Road.

K9 Officer Max was also present at the scene and alerted to the presence of narcotics. Given that Howell was also on Post-Release Community Supervision, police had license to conduct a search, during which officers reportedly found approximately one pound of methamphetamine, over an ounce of suspected fentanyl, packing materials, and a digital scale.

Two boxes of live ammunition were also found in the vehicle, police said.

Howell was ultimately taken into custody after police determined the items belonged to him, and booked on suspicion of possession of a controlled substance for sale, violation of Post-Release Community Supervision, and other charges. 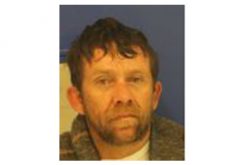 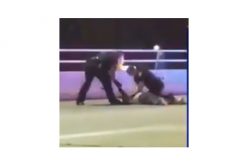 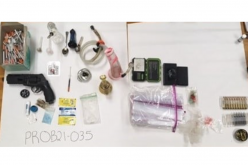 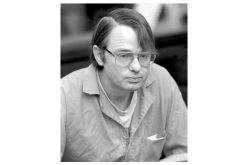