Santa Rosa police have announced the arrests of two people on suspicion of embezzling more than $50,000 from a local non-profit.

Back in May, representatives at Social Advocates for Youth (SAY) contacted police regarding suspicion of embezzlement from within the organization. The following month, after obtaining financial documents from SAY, Santa Rosa PD Property Crimes detectives began an investigation.

One suspect in the investigation was identified as 41-year-old Lisa Fatu, who had worked as SAY’s Director of Youth Crisis and Career Services. She left the organization in May of this year after working there for 22 years, police said.

After reviewing numerous financial documents, serving search warrants, and conducting interviews, investigators discovered that Fatu had allegedly embezzled at least $53,000 over the past five years. She is accused of using the business credit card entrusted to her to purchase items for her home — such as furniture — or pay for personal services like her mobile phone and utility bills.

Investigators also believe that 29-year-old Anastacia Saupo Matavale, who was living with Fatu, had been aware of the alleged embezzlement and was benefitting from it herself.

Fatu was taken into custody on the morning of September 29th during a traffic stop near Piner Road and Jenes Lane. Matavale was also located and arrested later that morning.

Both have since been booked at the Sonoma County jail on suspicion of embezzlement and conspiracy to commit a felony, police said. 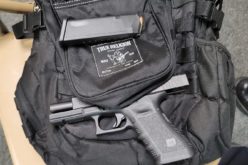 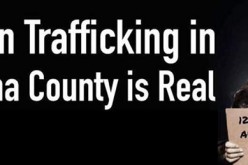