The man who police claim shot and killed a woman in Santa Rosa on Sunday afternoon died Monday morning after being struck by a big-rig
truck on I-5 in Stockton.

According to the Santa Rosa Press-Democrat, 46-year-old John Quincy Ellis stepped into traffic after being pulled over in a rental car by Santa Rosa and Stockton police on a northbound onramp to I-5. The suspect had been spotted driving the car away from the scene of the shooting on Clark Street in Santa Rosa on Sunday afternoon, moments after witnesses reported hearing gunshots at the residence.

Neighbors responding to the sound of gunfire found Carole Marie Brooks, 61, exiting the one-bedroom unit bleeding profusely from a wound to the abdomen. Brooks was a masseuse who rented the unit for her business, the Press-Democrat reported.

Brooks was taken to Santa Rosa Memorial Hospital but succumbed to her wounds on Sunday night. Santa Rosa Police Lt. Steven Bair told the Press-Democrat that the shooting may have been the result of a robbery or attempted robbery. According to neighbors quoted by the Press-Democrat, Brooks had rented the one-bedroom unit for her massage-therapy business for about three years.

Neighbors reported hearing shouts before the shooting and then seeing a man run from the scene immediately after the gunfire. The man drove away in a Nissan Versa. Police tracked the rented Versa to Stockton on Sunday night and pulled Ellis over as he was driving the car shortly thereafter.

As Santa Rosa and Stockton police officers attempted to arrest Ellis, he got out of the car and shouted at the officers to shoot him, according to Bair. Ellis ignored officers’ demand that he get on the ground and instead walked onto the freeway. One driver managed to avoid striking Ellis, but he then stood in front of an oncoming big rig that struck him despite the truck driver’s best efforts to stop, according to the Press-Democrat. The CHP is investigating the collision as a suicide. 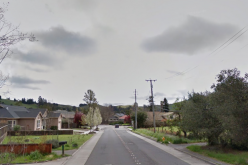 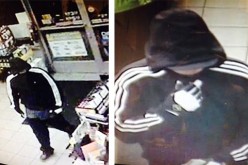 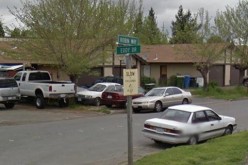