“On 08-22-2022 at about 12:00 PM Mendocino County Sheriff’s Deputies were dispatched to contact a witness to a armed robbery that occurred near a residence at the intersection of Hopper Lane and Ledger Lane in Covelo California.

Deputies arrived in the area and contacted an eyewitness who reported Georgie BrittonHoaglin had confronted an adult male in front of their residence as he was driving away in his vehicle.

BrittonHoaglin told the adult male to exit the vehicle but instead he fled in the vehicle.

Deputies searched the area with the assistance of a Round Valley Tribal Police Officer and located BrittonHoaglin walking in the roadway of Hopper Lane. When BrittonHoaglin was located he quickly tossed a sweatshirt which contained a loaded .40 caliber semi-automatic pistol onto the ground.

BrittonHoaglin was arrested for the listed charges. BrittonHoaglin was booked into the Mendocino County Jail and was to be held without bail due to a felony no bail arrest warrant for violation of his Post Release Community Supervision probation (PRCS).” 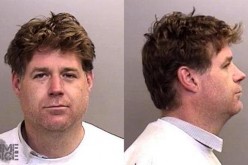 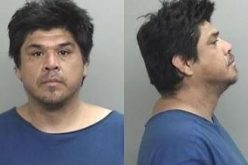