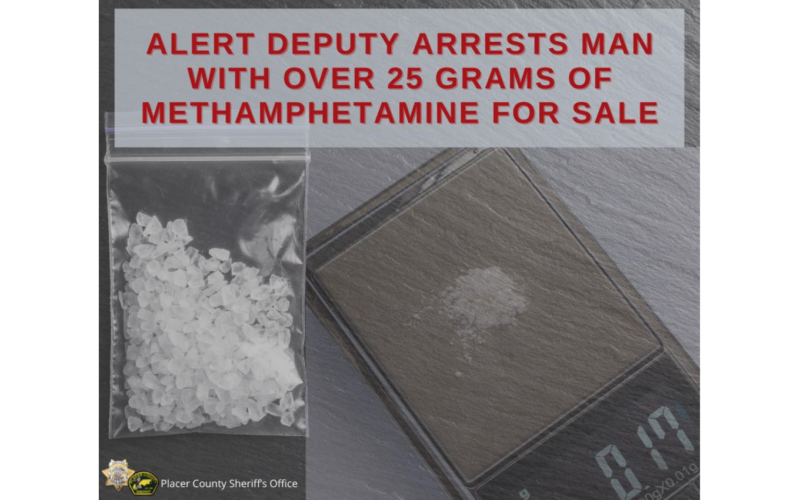 Originally published 4-5-22 via Facebook
by the Placer County Sheriff’s Office:

“On Wednesday, March 30th after 9 p.m., a Placer County Sheriff’s deputy conducted a traffic stop on Atwood Road, in North Auburn. The driver, 52-year-old Anthony Pavich, was found to have been driving on a suspended license.

Upon a search of the vehicle, the deputy found a folded $5 bill in the center console along with additional bills of a smaller denomination. The deputy observed a white substance suspected to be methamphetamine inside the $5 bill.

After the deputy detained Pavich, he saw him attempting to conceal an item in his pants; the deputy located the item, suspected to be nearly 20 grams of methamphetamine.

In total, the deputy located over 25 grams of suspected methamphetamine and over $200 in cash in Pavich’s wallet. Pavich was arrested for transportation of a controlled substance for sale.”