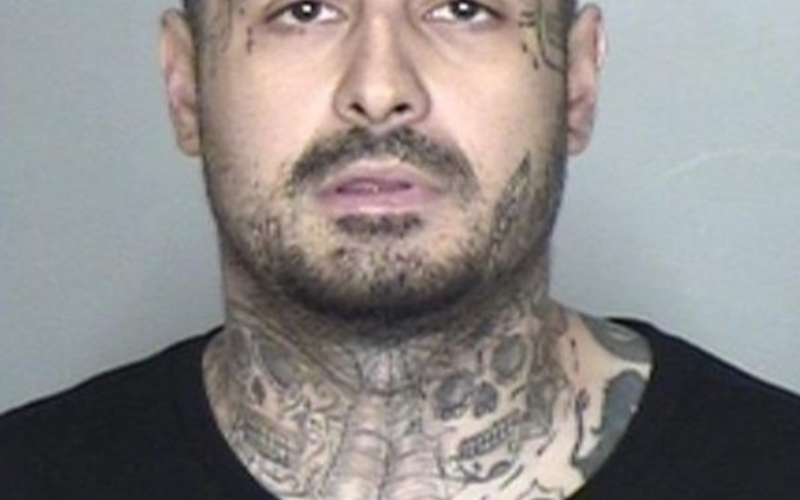 Magalia, CA – On October 7, 2021, at 5:09 PM, the Butte County Sheriff’s Office (BCSO) began receiving calls about a shooting that had occurred near the intersection of Dalton Way and Carnegie Road, Magalia. BCSO deputies were immediately dispatched to the area. Upon arrival deputies located evidence that a shooting had just occurred.

During a subsequent investigation, deputies and detectives determined Jose Sandoval, age 36, of Magalia drove to the intersection of Dalton Way and Carnegie Road. While at the intersection Sandoval saw a vehicle driving on Dalton Way.

During the investigation evidence indicating Sandoval fired multiple rounds at the victim’s vehicle was located. One of the rounds struck the driver’s side of the victim’s vehicle, near the area where one of the children was seated. The shooting was captured on video surveillance. The area where the shooting occurred was in a residential neighborhood.

During the investigation, deputies determined Sandoval resided in the 14000 block of Skyway, Magalia. Deputies and Paradise Police Officers responded to Sandoval’s residence and located the vehicle Sandoval drove to the shooting parked in the driveway of the residence. After an extended amount of time, deputies were able to contact and place Sandoval under arrest.

Detectives obtained a search warrant for Sandoval’s residence. During the service of the search warrant and subsequent investigation, detectives located additional evidence related to the shooting. Detectives also located evidence Sandoval is an active member of a criminal street gang.

Sandoval was arrested for numerous charges to include the following felony charges: Assault with a semi-automatic firearm, shooting at an occupied vehicle, being a prohibited person in possession of a firearm and ammunition, committing a felony while released on bail, personally using a firearm while committing a felony, and participating in a criminal street gang. This investigation is ongoing. If anyone has information about this investigation, they are encouraged to call BCSO detectives at 530-538-7671.