“On February 17th, 1999, the Escondido Police Department received a call of a kidnapping and rape.  The 19-year-old victim stated she was approached about 8:30 PM at the AM-PM Mini-Mart on Grand Avenue south of Rose Street by a male seeking directions to the Super 7 motel in Escondido.  She agreed to drive her car and let him follow in his vehicle and she would lead him to the location.  In the area of Valley Parkway and Fig Street, the suspect motioned for her to pull over at the parking lot at the northwest corner.  She approached his vehicle and the suspect then pulled her into his van.  She was driven to another location and sexually assaulted.  The suspect then drove her back to her vehicle, released her and fled in his vehicle.  At the time of the crime the evidence obtained did not identify a suspect.

Detectives from the Escondido Police Department did not give up on the case and collaborated with the FBI.  DNA obtained from the original crime was resubmitted and led to the suspect’s identification, Mark Thompson Hunter, 64 years old, who currently resides in Hemet, California.

On July 8th, 2021 an arrest warrant was issued for Mark Hunter for PC 209(b)(1)-kidnap for rape, PC 261(a)(2)-forcible rape, PC 286a(2)-forcible sodomy, and three counts of PC 288a(2) forcible oral copulation.  A separate search warrant was obtained for the search of Hunter’s residence and collection of his DNA.

On July 13, 2021 the U.S. Marshal’s San Diego Fugitive Task Force arrested Mark Hunter after he left his residence in Hemet, California.  Detectives from the Escondido Police Department and Agents from the F.B.I. served the search warrant on Hunter’s residence.  Hunter was transported to the Escondido Police Department for processing and was later booked into Vista Detention Facility for his arrest warrant.

The following comment was provided by the FBI, “The FBI is proud to have assisted the Escondido Police Department in this important investigation, as we do with many of our law enforcement partners,” said FBI Special Agent in Charge Suzanne Turner. “It is our goal to contribute in any way to help solve these ‘cold’ cases wherein victims and their families have been deprived of justice for so long. It’s been a long time coming, however the successful resolution to this crime of horrible sexual violence demonstrates our commitment to pursuing justice no matter how long it takes.” 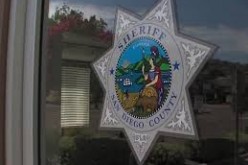