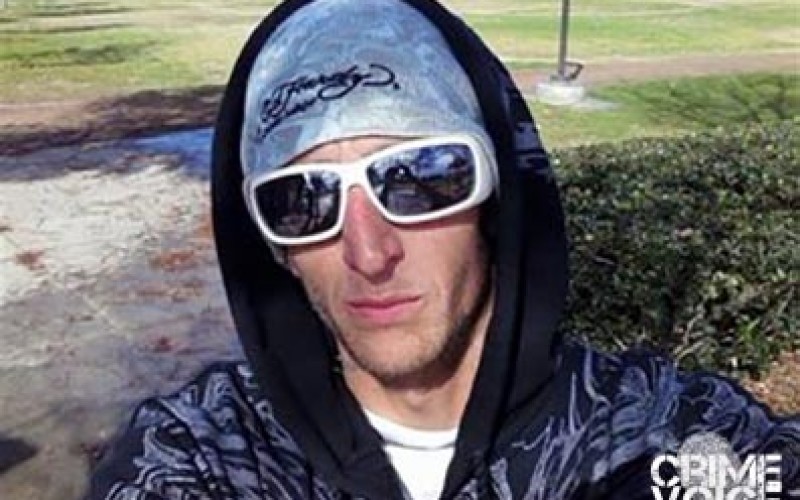 CHULA VISTA – Detectives responded to a burglary at Hilltop Tabernacle Church on L Street and began the task of gathering clues.  One of the clues was a cellphone, apparently left behind by the burglar.

Police came to this conclusion after searching the contents of the phone and finding a ‘selfie’ snapped by the apparent thief.  Residents recognized 26-year-old Adam Howe, who was quickly identifed and sought for as a suspect.

Authorities were able to contact Howe at Harborside Park and, upon search of his belongings, retrieved property stolen from the church as well as from an RV parked nearby.  This included a laptop and watches, as well as cash. He was booked on two counts of burglary. Howe is also wanted in Indiana for failure to appear in a felony theft charge.

Further investigation led authorities to an area behind the church where Howe was known to frequent and there in a tent they found 19-year-old Victoria Corey and 27-year-old Marion Nava with other items that also had been stolen from Hilltop Tabernacle.  Corey and Nava were arrested for possessing stolen property.