Turlock Police have announced the arrest of an armed robbery suspect whose vehicle reportedly collided with another vehicle as it fled the scene, leaving the front bumper and license plate behind.

Police say the robbery took place in the early morning hours of Friday, April 23. A masked man had entered a business on the 1600 block of West Main Street, where he allegedly brandished a gun at the clerk, demanded cash, then fled in a waiting silver sedan toward Highway 99.

Police say that the fleeing sedan then collided with another motorist, losing its front bumper and license plate. The other motorist also fled for reasons unknown.

When the sedan was found in Modesto several hours later by Stanislaus County Sheriff’s deputies, Turlock Police responded to the location and impounded the vehicle as evidence. They also learned the woman who’d been driving it at the time of the robbery getaway had been hospitalized for an unrelated medical condition.

Investigators eventually identified the robbery suspect as 32-year-old Enrique Aaron Reyes and secured a search warrant, which they were able to execute at a location on the 1300 block of North Golden State Boulevard where he was believed to be hiding.

Reyes was arrested during the warrant search and has since been booked at the Stanislaus County Jail. 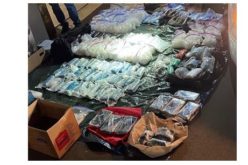 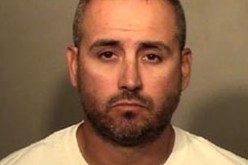 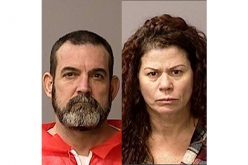