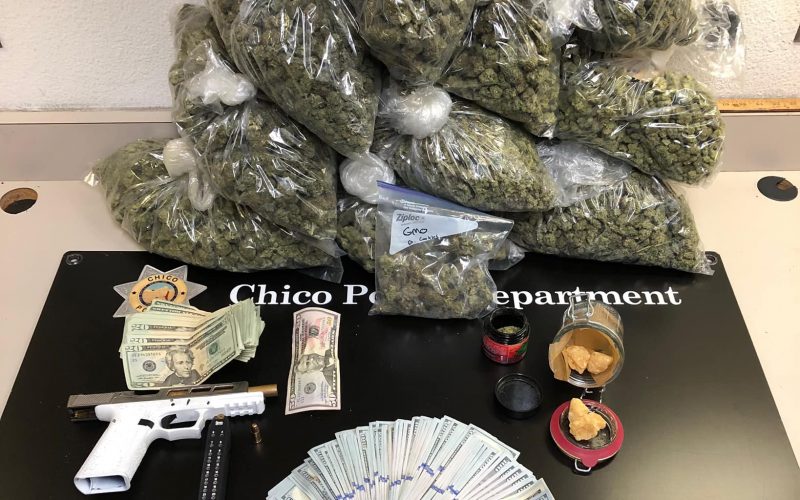 Photo: what was seized

“Earlier this week officers received a call at 3am from a resident who was concerned for their neighbor’s wellbeing.

The neighbor’s truck was parked with the head lights shining into the caller’s home, the radio was blasting and the engine had been running for over hour and a half.

Before officers arrived, the reporting party called back to say the truck was still parked but now the engine was revving.

When the officer arrived, they checked the truck and contacted the person inside.

The subject was found to be under the influence and was arrested.

During the search of the vehicle the below contents were found inside.”