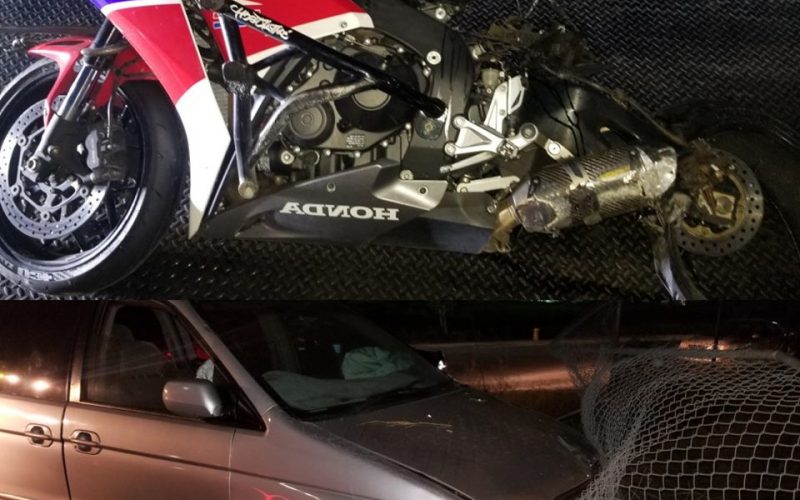 Photo: the motorcycle in question

At 8:00 p.m. on June 19 a call came in about a collision between a motorcycle and a mini-van. The accident occurred on SR-91.

In the #5 lane, a motorcycle driven by 25-year-old George Cesar Valentin struck the rear of a van ahead of him.

The driver of the van was thrown out of the vehicle in the accident, and later taken to the hospital for treatment.

Meanwhile, Valentin drove off “with the vehicle (he struck) still attached” to his motorcycle.

The attached vehicle eventually fell off and the suspect still attempted to flee at a high rate of speed.

Then Valentin “collided with a chain-link fence,” after which he fled on foot.

Near midnight, Valentin tried to report to the Corona Police department that his vehicle was stolen. His ruse didn’t last long, as he admitted his crime and was then booked for hit and run. 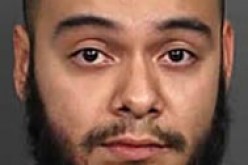 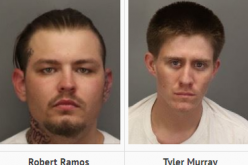 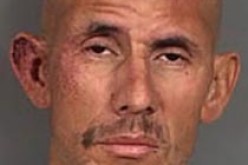