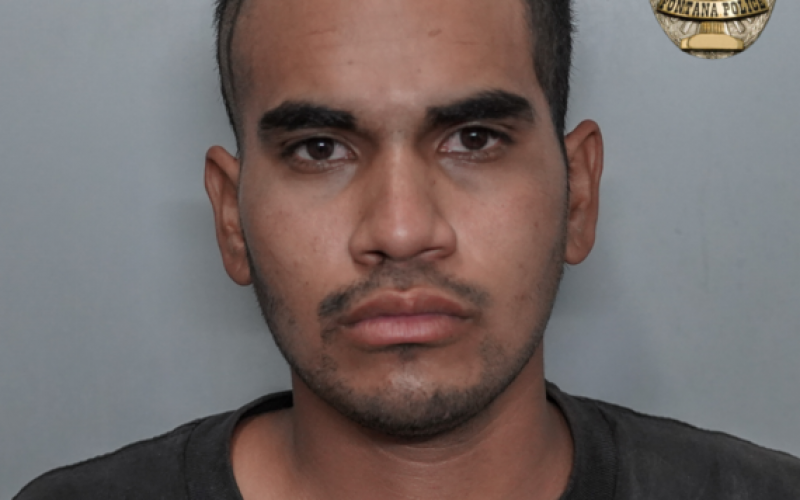 FONTANA – A response to a fire in the Jurupa Hills area on 06/11/20, at approximately 3:15 PM, sent officers to the scene of a flaming telecommunication tower surrounded by burning brush. San Bernardino County Fire Department arrived at once, near Martin Tudor Parkat 1160 Sierra Avenue, to distinguich the fire.

Nearly fifteen minutes later, another blaze broke out in the area. On-scene personnel extinguished it.
“San Bernardino County Fire Department’s Arson Investigators arrived and determined the two towers were set ablaze by arson,” said Officer Richard Guerrero. “A third tower in the area was examined and a homemade incendiary device was located at the third tower. A preliminary investigation revealed the device at the third tower failed to ignite the tower.”

As a result, Officers were tasked with increased patrols in the area. That same day, a Fontana PD Officer patrolling Martin Tudor Park spotted Bryan Guzman (27), of Riverside, in the park.

“The officer recognized Guzman and detained him,” said Officer Guerrero. “Guzman was found with an additional homemade incendiary device in his possession.”

An immediate response by Arson Investigators gave an assist with the continuing investigation.

Investigators have reason to believe that Guzman acted alone. No additional threats to public safety were discovered.

As a result, Guzman was later arrested for arson to property, arson of structures and attempted arson. The suspect will be booked into West Valley Detention Center on the above charges. 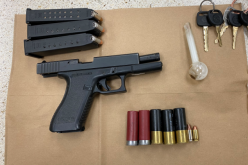