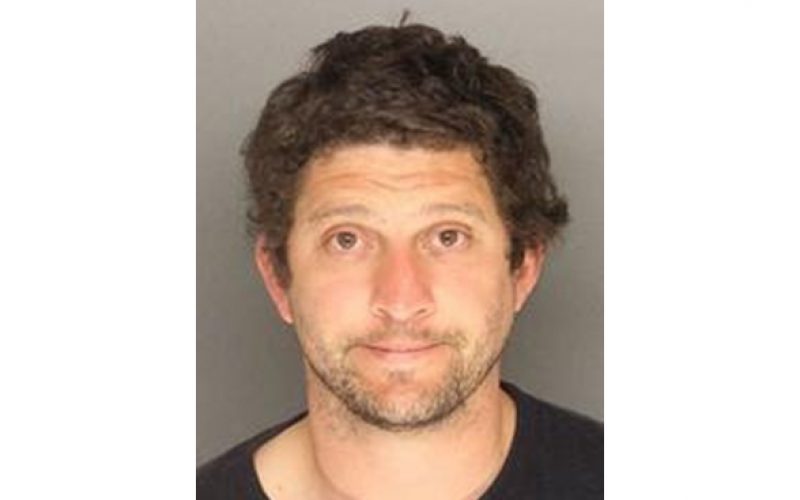 April 21, 2020 – While the majority of reasonable Californians are going to great lengths to practice “social distancing” by remaining out of sneezing-coughing range of other people, 35-year-old Santa Barbara resident Dominic Sanginiti is apparently not one to conform to social norms or, for that matter, care one whit about his own personal welfare.

Ample evidence of that came just after noon on April 19th, when he was seen participating in a raucous verbal altercation in a waterfront parking lot. According to Santa Barbara Police Department Public Information Officer Anthony Wagner, the argument was of such ferocity that “Harbor Patrol Officers requested the Santa Barbara Police Department’s assistance” to quell the disturbance.

But when the cops showed up, Sanginiti appeared “heavily intoxicated and non-cooperative.” And when the police spotted a handgun holster and knife on Sanginiti’s person, a call went out for “additional cover units.” Moments later, black-and-whites running lights and sirens arrived. When officers tried to subdue Sanginiti, he “took a combative stance and actively fought officers.”

As the cops scuffled with Sanginiti, the Harbor Patrol Officer discharged his taser, which gave the uniformed officers an opportunity to “take him to the ground.” Things continued to escalate just as the officers spotted a handgun in Sanginiti’s waistband and he “attacked and punched” them. Sanginiti was ultimately subdued and placed in handcuffs, while the two officers involved in the struggle were transported to Cottage Hospital for treatment of a broken bone and a dislocated shoulder.

Sanginiti was transported to Santa Barbara County Jail, where he was booked on charges of Resisting Arrest Causing Serious Bodily Injury to an Officer, Resisting by Means of Force, Battery on a Peace Officer, Carrying a Loaded Firearm, Carrying a Concealed Firearm, and Public Intoxication. He remains in custody at this time.