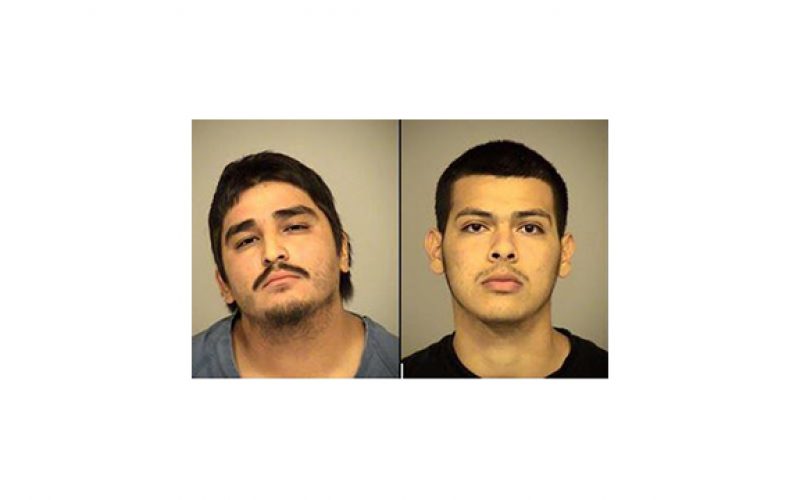 Ventura County – An armed robbery perpetrated at an Oxnard area beachfront convenience store on November 3, 2019 featured a pair of suspects wielding a baseball bat and wearing some rather distinguishing Halloween masks.

The suspects may have planned their crime just as carefully as any Hollywood screenwriter might concoct a sequence in a heist movie, with every little detail worked out, including a getaway driver sitting behind the wheel of a nearby car with the engine running. 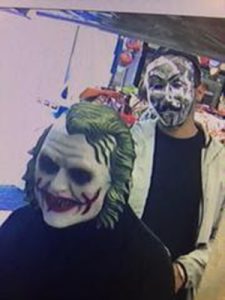 Andrade and Jacuinde in action

But what the two suspects who knocked off “The Corner Store” in the sleepy beach community of Silver Strand hadn’t anticipated was and off-duty Ventura County Probation Officer walking down the street, approaching the crime scene.

According to Ventura County Sheriff’s Department spokesman Sgt. Victor Medina, the off-duty cop “noticed the suspicious activity as the suspects fled” and began recording video of the action. That video was later used by VCSD detectives at the Sheriff’s Advanced Real Time Information Center (ARTIC) who promptly identified the getaway car.

The ensuing investigation and review of the video recording allowed detectives to identify the suspects as Port Hueneme residents and known Oxnard gang members Kevin Andrade and Danny Jacuinde.

Five days later, on November 8th, Jacuinde was contacted by Gang Unit Investigators pursuant to a probation search at his residence. Inside the home “evidence of the robbery was located.” Jacuinde and another unnamed “gang associate” who had an outstanding felony warrant on his head were both taken into custody and transported to Ventura County Jail. Jacuinde remains in custody with his bail set at $120,000, charged with robbery, street terrorism, and conspiracy.

That same day, deputies with the Sheriff’s Gang Unit made contact with Andrade on the streets of Ventura and summarily arrested him for “his involvement” in the robbery. He was transported to Ventura County Jail and was charged with robbery, conspiracy, and street terrorism. He remains in custody with his bail set at $120,000.

The getaway driver was determined to be a 17-year-old male juvenile. He was picked up on November 13th along with “a second gang associate” who was arrested for possession of a dangerous weapon. The juvenile was booked into the Ventura County Juvenile Justice Center on charges of robbery, conspiracy, and street terrorism.