ARTESIA – Four men identified by police as documented gang members were arrested by Norwalk Station Deputies in connection with a double shooting and homicide in the city of Artesia on March 9th.

Deputies patrolling the area of Cheshire Street in the city of Norwalk around 9:44 p.m. on March 9th spotted a parked vehicle matching the description of a vehicle identified in connection with a shooting earlier that evening.

The deputies contacted four male Hispanics surrounding the vehicle and later arrested all four after discovering evidence linking them and the vehicle to the earlier shootings.

According to Norwalk police, the four suspects entered the city of Artesia on the night of the shooting in a blue, Chevrolet Impala sedan.

While in the city, they encountered a rival gang member, identified as a Hispanic male adult, on the corner of 168th Street and Clarkdale Avenue. Following a verbal altercation between the two parties, gunshots were exchanged and the suspects in the vehicle fled the area. The male adult was struck by gunfire and transported to a local hospital for non-life-threatening injuries.

Approximately 20 minutes later, the four suspects returned to the area of the initial shooting and an occupant of the same blue Chevrolet Impala opened fire on another Hispanic male who had been walking along the sidewalk.

The victim, who police said appeared to have been at the wrong place at the wrong time, was transported to a local hospital where he later died from his injuries.

A handgun was recovered at the scene of the arrest. All four suspects reside in the Norwalk area and are documented gang members. They were arrested and booked at Norwalk Station and have been identified as:

On March 12th, members of the Los Angeles County District Attorney’s Hard Core Gang Division filed criminal charges on all four suspects in Bellflower Court. The four suspects were charged with one count each of Murder 187(a) PC, one count each of Attempted Murder 664/187(a) PC, and two counts each of Shooting from a Vehicle 26100(d) PC for the brutal and unprovoked attack. 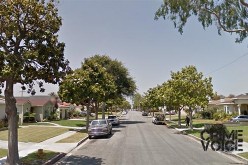 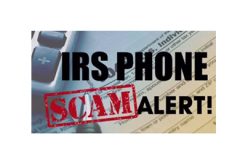 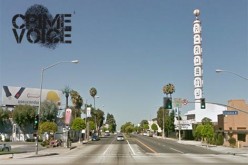 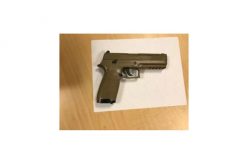