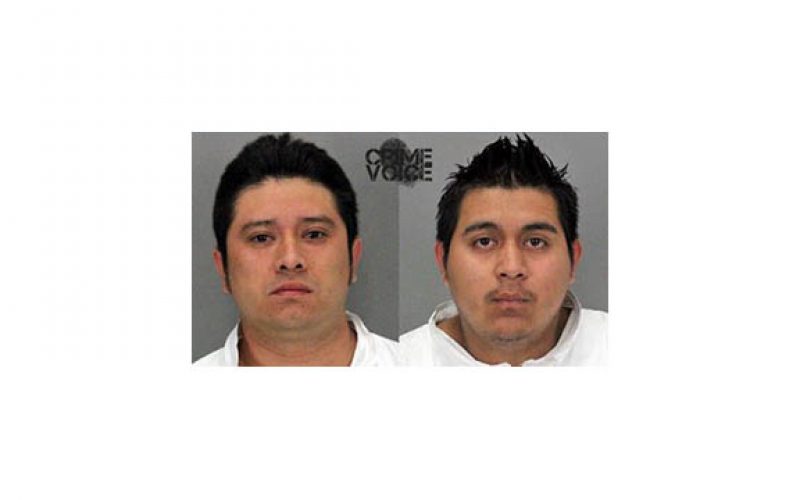 MOUNTAIN VIEW– The Mountain View Police Department has announced the arrest of two individuals who were detained after threatening and attempting to kidnap a female victim who was walking in the back parking lot located near the downtown area of Castro Street.

According to MVPD, “Two men were arrested early Saturday morning after they attempted to kidnap a woman near the 200 block of Castro Street.  Hearing the woman screaming, two of her male friends came to her aid. One of the Hispanic male suspects brandished a gun at the victims before firing several rounds as they tried to drive away.

A call came in some time after 2:00 AM once the female’s two friends were able to contact police to report the attempted kidnapping.

MVPD identified 29-year-old Guillermo Perez and 19-year-old Walter Ramirez as the drivers of a vehicle spotted by police and quickly set up support for a felony vehicle stop. The two suspects were identified as the suspects and were arrested for the attempted kidnapping with the use of a firearm, and discharging a firearm from their vehicle during their attempted escape.

During a continued investigation the MVPD obtained a search warrant for the suspect’s home in Menlo Park. Police found more ammunition and a Taser. These items were also taken into custody. MVPD said, “The investigation into this case, including any potential relationship between the victims and the suspects, is ongoing.”