HOLLISTER — On December 19th, two police officers were treated at Hazel Hawkins Hospital for injuries sustained during a struggle with 27-year-old Ery Hernandez, who appeared to be under the influence of drugs that evening. The San Benito County DA’s office is reviewing the case and may file charges for battery on a police officer, among others.

That night, Santa Cruz County Response received a call from Hernandez requesting to speak with officers because he feared for his life. The dispatcher advised him to go to the Police Department on Appollo Way. Instead, he went to Flynn Road — the location of the San Benito County Juvenile Hall and main jail.

Jail staff buzzed him into the secured lobby area, where he again asked to speak with police. Officers came to talk to him, at which point he asked to speak with an agent with the FBI. Through all of this, officers noticed that Hernandez appeared to be fidgety, nervous, and would even begin crying at times.

Hernandez told officers that he and his family were in danger because people with guns were driving to his home; he made several incoherent statements about the mob, a hit on him and his family, and showed obvious signs of being under the influence of narcotics. Officers decided it may be safer to take him into protective custody and let him sleep it off.

That was when Hernandez lashed out, becoming combative and punching and kicking at officers as they tried to take him in. Tasers and pepper spray were used but proved ineffective, as Hernandez seemed to simply wipe the spray away and keep fighting and yelling. He managed to tear one officer’s uniform and pull his equipment away. According to the officer, Hernandez showed signs of being so deeply under the influence that he seemed oblivious to pain.

The struggle went on for several minutes as more officers arrived to help. Eventually, Hernandez was subdued and taken to hospital for evaluation. Two officers were also treated for injuries sustained during the incident and released. 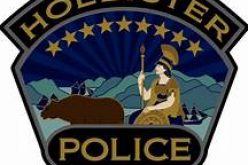 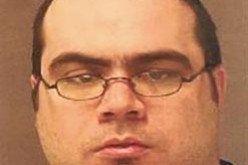 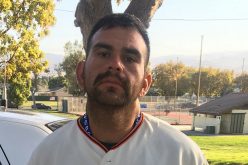 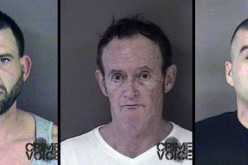