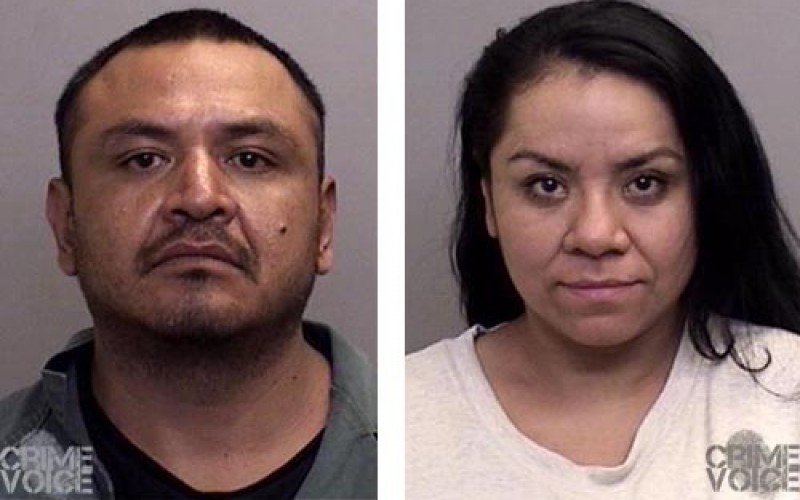 LAYTONVILLE – Earlier this month, on Monday, August 10, the Mendocino Sheriff’s office received a report of domestic violence. a 5-year-old girl had told a relative that her mother had been hit in the face by her live-in boyfriend. The couple, a 44-year-old woman and 36-year-old Mark William Ray were living at a home in Laytonville, in the Laytonville Rancheria tribal land, and near the Red Fox Indian Casino of the Cahto Tribe – “The Friendliest Casino in Mendocino County.” Their home is on Manzanita Drive, just off Creekside Road.

It was 5:17 pm when deputies responded to the home, according to a Sheriff’s office report. A woman, who was not the victim, opened the door. When they told her they were looking for Mark Ray, she told them no one by that name was in the house. They walked away, but looked around the premises. They saw a man look through a window, and then heard aggressive noises coming from inside. Taking action, they caught up with the man in the backyard of the house. 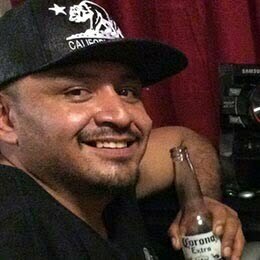 Believing he was Mark Ray, they tried to detain him. He did not identify himself, however, and tried to go back inside. They warned him not to, and physically restrained him, but he fought back. The woman in the house, who turned out to be the man’s sister, 39-year-old Lisa Amber Ray, came out and joined with him in trying to fight off the deputies. They managed to subdue and detain both of them.

At about that time, the victim of the abuse arrived at the home, and the deputies interviewed her about the incident. She had redness and swelling visible on her face below her left eye consistent with the original report that her young daughter had relayed earlier that day. Mark Ray was arrested on felony domestic assault – inflicting corporal injury on a spouse or co-habitant, and felony resisting arrest, along with misdemeanor probation violation and an unrelated driving on a suspended license. His sister Lisa was arrested for misdemeanor obstruction of an officer.

Mark William Ray’s recorded history with the law goes back to 1997, when he was 18 years old. He was reportedly drunk in Ukiah when he broke a window at a local motel. When Ukiah police responded, he fought with them, and was arrested for public intoxication, resisting arrest, and battery on a peace officer. He also faced a charge of driving under the influence when he was 20, according to archived news reports from the Ukiah Daily Journal.

Available arrest records going back to 2005 show that he was charged on February 21 with domestic battery on a spouse or co-habitant. Another violent episode occurred on August 21 that year when he was arrested for vandalism of over $5,000, arson, possession of a switch-blade knife, being under the influence of a controlled substance, resisting arrest, and assault on an officer. He was arrested again in February 2006 on an outstanding warrant for vandalism and resisting arrest, along with possession of a narcotic controlled substance and paraphernalia. April of 2006 saw another domestic violence charge of inflicting corporal injury on a spouse or co-habitant, and in September for disobeying a domestic relations court order, along with vandalism.

In 2007 he was charged with possessing drug paraphernalia and a probation violation, and in 2008 with disorderly conduct. In 2009 he faced a charge of mistreating a child causing great bodily injury, and another charge of being under the influence of a controlled substance. In 2010 he was arrested once again for domestic violence charges and battery. In January 2011 he was booked again for inflicting corporal injury on a spouse or co-habitant, and violating probation. And in August of 2011 he was arrested for disorderly conduct, obstructing an officer, battery on an officer, and violating probation. Details of these incidents were not available, just records of the arrests.

Records also reveal that Ray’s sister Lisa, who was arrested defending him from the deputies, was also charged with domestic violence – inflicting corporal injury on a spouse or co-habitant – in 2006. She was charged with disorderly conduct – public intoxication in March of 2013.

Both siblings were taken to the Mendocino County Jail for booking. Lisa Ray was held on $5,000 bail, while Mark Ray is being held on $40,000.