LOS ANGELES – On Saturday, June 27th, officers of the LAPD were reported to have run down a car-jacking suspect on the 500 block of West Arrow Highway in San Dimas, east of Los Angeles near Pomona.

The victim, a 74-year-old man, reported that he was thrown out of his 2015 Chevy Silverado, and while on the ground, the suspect stomped on his head. The older man tried to fight back, but the 26-year-old suspect overpowered him and drove off. The victim was later identified a as Deno Borghi, a construction company owner.

Soon after, the OnStar system was activated and officers were able to locate the stolen vehicle. The suspect was reportedly going 90 mph, until a member of the OnStar assistance team disabled the vehicle, and slowed it down to 5 mph. The suspect surrendered himself to the deputies, and complied with their orders. He was arrested and taken into custody.

The suspect was identified as Joshua Frontino-Deaton of San Dimas. He is currently being held lieu of $100,000 bail. The elderly victim was escorted to a local hospital immediately, but was reported to have minor injuries only. 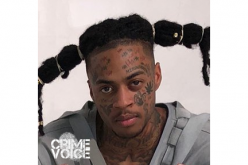 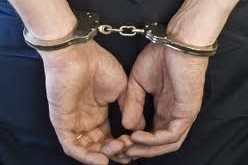