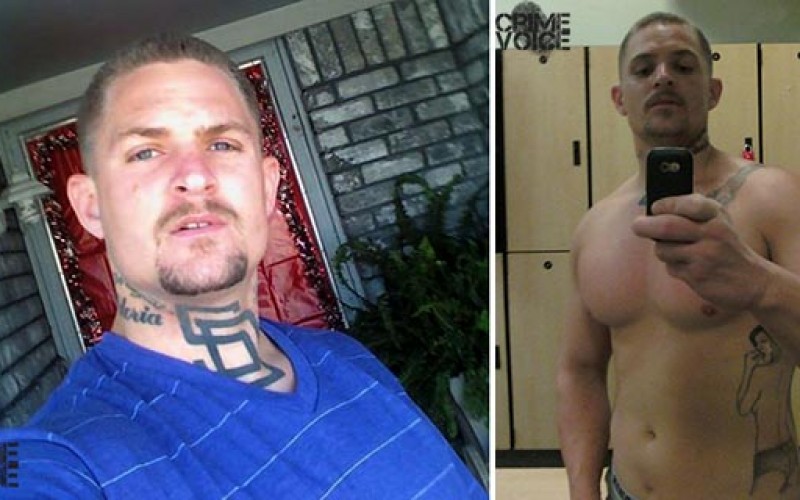 Editor’s note: The story below, published in March of this year, is based on information released by Chula Vista Police and other San Diego media reports. Several people with apparent connections to the suspect in the stabbing have posted comments (see below) regarding this incident and Brandon Mason. None of the information they have posted could be independently confirmed up until now. San Diego NBC News 7 has now reported that they received access to a court document in which the supposed victim, Brittany Vinck, now states that she was “high, and fought with him” and that after they broke up, she stabbed herself, hoping he would come back to help her. They have also confirmed that he attempted suicide, and after being hospitalized in critical condition, died from his self inflicted wounds.

Like Janet Leigh’s character in Alfred Hitchcock’s film ‘Psycho’, a woman claimed she was stabbed by a deranged man while she was in the shower.

Brandon Mason, a 29-year-old Chula Vista man who was recently released from jail, was arrested Tuesday for allegedly stabbing his former girlfriend after she broke up with him.

Mason’s 21-year-old girlfriend apparently told him on Monday that she was breaking off their relationship, or that she had been unfaithful. Later, after midnight when she took a shower at her Palomar Street apartment, Mason allegedly broke into the bathroom and stabbed her in the chest. She was able to run out of the building and scream for help. When she collapsed, naked and bleeding, she was assisted by a man who said he was a medic with the National Guard. Another woman called 911 to report the stabbing emergency. 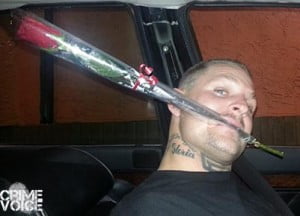 In a Facebook photo dated February 22, Mason carries a rose.

Mason fled on foot, and was found by police that morning after 7 am after he climbed into a garbage dumpster near the Von’s Grocery on Eastlake Parkway. He had just been released from jail three days earlier. He now faces an attempted murder charge.

The victim required surgery but was reportedly in stable condition, according to reports

News 10: Woman admits she cheated, is stabbed in shower 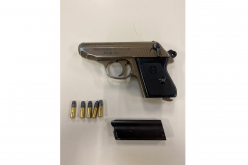 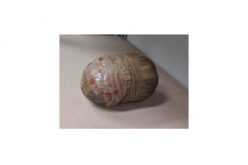 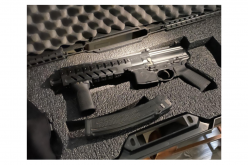