The San Diego Sheriff’s Department is requesting the help of the public to determine the whereabouts of 40 year-old James Lee DiMaggio. DiMaggio is the prime suspect in a recent homicide in San Diego and the kidnapping of two children. 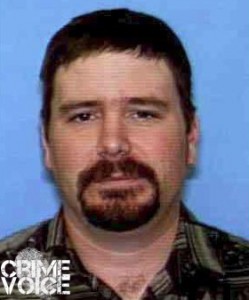 In the evening of August 4th, Deputies with the Boulevard Substation and fire personnel responded to a residence on 2071 Ross Avenue on a report of a structure fire. When they arrived, they found the house and a separate garage on fire. While fire fighters extinguished the fires, a body was discovered inside one of the buildings.

The victim has been identified as 44 year-old Lakeside resident Christina Anderson. Along with Anderson’s body, investigators also found the remains of a child. The child’s identity and cause of death are yet to be determined.

DiMaggio is the owner of the residence where the bodies were found. Investigators were able to determine that DiMaggio and Anderson were in a close platonic relationship.

Investigators are now trying to determine the location of Anderson’s other two children, 16 year-old Hannah Anderson and her brother, 8 year-old Ethan Anderson. They are believed to have been taken by DiMaggio. An Amber Alert has been activated in the hopes of finding the children.

DiMaggio is believed to be driving a blue Nissan Versa with the California license plate of 6WCU986.