Ventura – On July 3rd, a suburban culdesac on the east end of Ventura became an investigative crime scene when a  domestic dispute escalated into a fatal collision.  When it was all over, one resident was  pronounced dead at the scene and a teenage resident was charged with felony gross vehicular manslaughter while intoxicated. 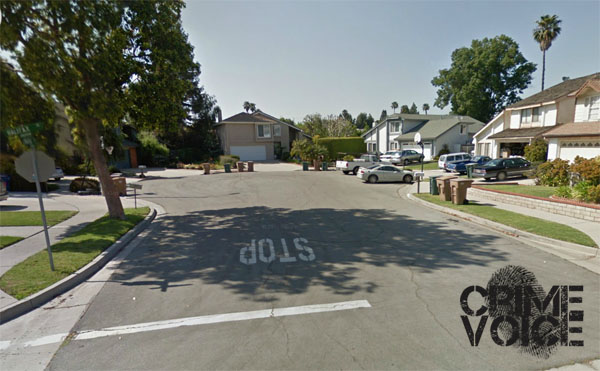 Halifax Court, where the death occurred

It was shortly before 11 a.m. when the Ventura Police Command Center received a call from 65-year-old Verdena Owens regarding a domestic violence situation involving a teenage couple with a baby across the street from her home on the Halifax Court culdesac.

According to neighbor Veronica Herrera, “The guy was in reverse and it seemed like he was out of control.”  Eyewitnesses first saw the suspect back into a mini van in Verdena Owen’s driveway before reversing his car into her front yard, fatally pinning her beneath the vehicle.  Investigators say Owens was still on the phone with police when she was struck by the vehicle.

In an interview, Commander Darin Schindler of the Ventura Police Department said, “It is possible that it was a criminal act on his part because she was on the phone with police and had been observing the domestic dispute.”  Lopez was on probation for domestic violence at the time of this incident and is also being charged with assault with a deadly weapon, corporal injury to his child’s parent and felony child abuse.’

Erik Lopez is being detained at the Ventura County Jail and is eligible for release with bail set at $150,000.  His formal arraignment is scheduled for July 8.

KeyT: Ventura Woman Run Over and Killed in her Own Yard

CBS-LA: Suspect Allegedly Runs Over, Kills Mother of 7 During Dispute with Girlfriend