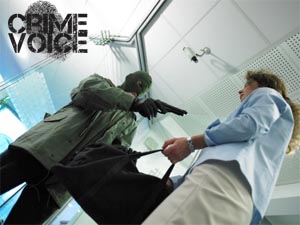 Culp had walked into the bank and gave the teller a note, asking her to give him all her money. The suspect left with approximately $600 – $700 dollars.

A witness gave a description of a van that had driven southbound past the bank after the robbery had occurred. A description of the vehicle was announced over the radio while officers made contact with witnesses at the bank.

The van was later located at Comfort Suites Hotel on 1st Street and was processed by a crime scene unit. Questioning the driver, the SJPD officer took money from the driver to examine.

The serial numbers provided by the bank manager identified the bill as one that had been taken during the robbery.

The suspect explained to the driver, “He wanted to take a taxi to the San Francisco airport that he had a flight at 3:30.” 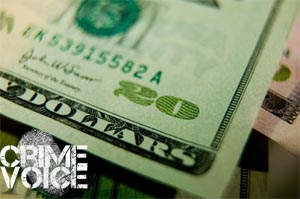 The shuttle driver was given 40 dollars by the suspect once he had taken him to the airport. The two twenty dollar bills were fingerprinted and taken into custody by officers who booked the money into evidence.

Later that evening around 7:30 p.m., Culp walked into a Ross store located at 5353 Almaden Expressway in San Jose and demanded that customers and employees “put all your wallets, everything you have in the bag.”

Culp was threatening everyone with a firearm at the time of the robbery.

Brandishing the gun at the manager, he then turned to customers and demanded that they give them their money. Once he had taken as many items as he could from customers, he fled the scene. Witness described the suspect as a white male in his 40’s driving a white Crown Victoria described similarly to a “police type car” with tinted windows.

Investigators at the scene developed a photo line-up was provided to a witness who said, “That’s him for sure, same eyes, same face, same ears, same shape, that’s the guy who robbed me at gunpoint.”

This however, was not the end of the crime spree. Disappointed with the amount of money Culp had stolen, he decided to enter the Forever 21 Store located at the Oakridge shopping mall at 925 Blossom Hill Road Suite 1721 in San Jose within an hour after the Ross store robbery.

The suspect walked out of the store with approximately $100 to a waiting vehicle. Prints were taken at the scene where the suspect might have leaned on the counter. A partial print was recovered and taken into evidence.

The same car was seen driving through the parking lot where a male had dropped something out of the vehicle onto the ground, and then picked it up and put it into his car, recalled one witness. The witness had held the door open for the suspect as they entered the store, not paying much attention as he went in. Once inside, Culp approached the cash register and told the manager to give him the money. ‘The manger gave him $100 dollars. Culp then turned to her and said, “Don’t follow me or I will shoot you.”

Once identified as the robbery suspect, Culp was arrested by the San Jose Police department, and booked into the Santa Clara County Main Jail. 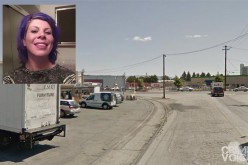 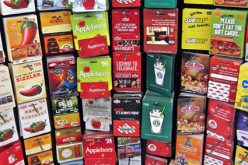 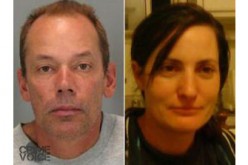 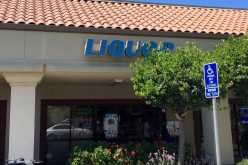