Nobody’s sure who he is, but a stealthy thief responsible for more than half a dozen bank robberies in Tulare, Visalia, and Fresno has bank officials and police on watch to see if, when, and where he will strike again. 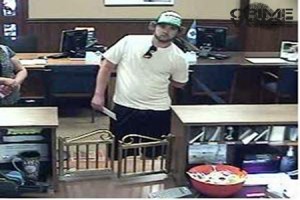 Having successfully committed multiple robberies already, the man of mystery continues to bare his face in front of high-end surveillance cameras that adorn the better part of most bank lobbies. And yet, while police tirelessly continue their search, little is known about him other than what’s clear from security footage — he’s a white male in his 20s with a medium build and facial hair, makes no effort to disguise himself, and (so far) hasn’t used a weapon during his robberies.

“This man walks into the bank, past customers, and walks out with many of those in the bank never knowing [it] was robbed,” said Tulare Sgt. Matt Machado. “He hasn’t involved customers and very few even see his face.” Since sometime around March, four banks in Vasalia and two in Tulare have been hit.

Several banks in Fresno have also been targeted, but police were uncertain as to how many had been visited by the plainclothes stranger. The first incident police have credited to the suspect occurred on March 6th at the Chase Bank on Walnut Avenue and Akers Street, where said suspect handed a note to a teller and soon took off with stolen money.

Not one month later, the same man is reported to have robbed the Tucoemas Federal Credit Union on Whitendale Avenue. After a short hiatus he resurfaced, knocking over the Wells Fargo in Tulare on May 22nd and the Goshen Avenue Chase Bank on May 29th, then venturing to Tulare to hit Bank of the Sierra and, one day later, Visalia Community Bank. “We are always on high alert when it comes to the subject of bank robbery,” said security official Matt Mendonca of Valley Business Bank. “Customers are naturally concerned when a local robbery occurs, but our front line personnel are highly trained in identifying suspicious activity and ensuring employee and customer safety.”

While the FBI has been notified, investigations remain mostly local as Visalia and Tulare detectives take the lead. In fact, so far, the suspect isn’t even on the FBI’s radar — he isn’t listed as a wanted bank robber in their online database, and searches in Visalia, Fresno, and Tulare return no wanted bank robbers in any of the three cities.

Nevertheless, residents are concerned. Visalia Sgt. Paul Esquibel has urged people not to take matters into their own hands, but rather to quietly exit the bank and call 9-1-1 if they should happen to notice any suspicious activity. 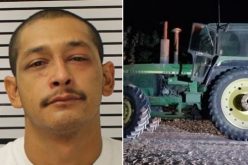