SELMA – A registered sex offender was sitting near the children’s play area at a McDonald’s restaurant when he was arrested for having child pornography on the hard drive of his computer. 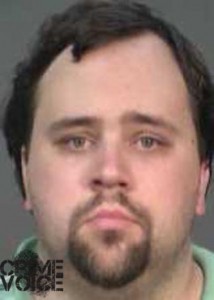 The Fresno County Sheriff’s Department identified the man as 25-year-old Jeremy Hudler of Selma. Hudler was a non-disclosed sex registrant, which means he was known to authorities but was not on the Megan’s Law website. That’s about to change, though.

Detectives say Hudler used file-sharing programs to download and distribute child pornography. Detectives with the Central California Internet Crimes Against Children Task Force had been after him for some time, and initially searched his former home in the 200 block of Azalea Street in a neighborhood just north of Selma High School, but they learned he had moved out.

Detectives then went to the McDonald’s in Selma off of Floral Avenue and Highway 99 where Hudler has been known to hang out. Authorities say over the last two years, he would often work on his computer and was known to sit near the children’s play area in the restaurant.

Detectives found Hudler at the McDonald’s working on his computer. Authorities believe he was trying to erase items on the computer’s hard drive as the detectives approached him. A forensic scan of the hard drive revealed the child pornography, authorities said.

Hudler was arrested and is now in jail on child pornography charges. 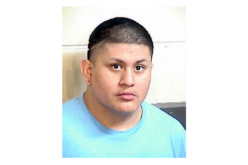