A man is in custody after he allegedly attempted to snatch an 80-year-old victim’s purse in Arroyo Grande on Monday. 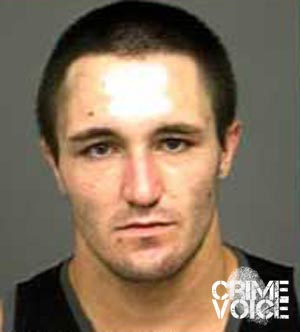 According to Arroyo Grande police, officers responded to a call regarding a robbery in progress at the Kmart parking lot on West Branch Street.

Police say Mykel Leo Romo, 21, of Atascadero had allegedly tried to snatch a purse from the elderly woman from the Kmart parking lot.

According to police, Romo attempted to flee the scene on a motorcycle but several citizens detained him until officers arrived.

Romo was taken into custody after a brief struggle and was booked at San Luis Obispo County Jail for suspicion of robbery and possession of a stolen vehicle.

The motorcycle Romo tried to escape with turned out to be stolen and had altered license plates and was painted a different color.

Police say Romo forced the victim to the ground when he tried to take her purse causing minor injuries.

According to AGPD, Romo is also a suspect in another robbery that occurred on Feb. 15 at the Walmart parking lot. The victim in that robbery was a 65-year-old woman.

In both robberies Romo approached the women and asked for directions and then fled on a motorcycle.