A man is in the hospital under police custody after he shot himself after he led highway patrol officers on a car chase.

According to the CHP, the man, whose identity is unknown by time of press, was asked to pull over around 11 p.m. on Sunday by a CHP officer. The man, according to the officer, was allegedly driving a Ford Ranger truck 70 mph on Highway 5 near Coalinga when he refused to pull over.

CHP officers say the driver exited Highway 5 onto the Highway 41 exit heading southbound toward SLO County. CHP says he then merged unto Highway 46 which leads toward Paso Robles.

The driver made it all the way to Union Road on the outskirts of Paso Robles where officers utilized a spike strip to flatten the car’s tires. CHP says the driver drove over the strip flattening the tires and was forced to pull over to the shoulder.

According to officers, who were assisted by the SLO Sheriff’s Department, there was a single gunshot. Officers say they surrounded the truck and fired a non-lethal round, either a pepper-spray product or bean bag, into the truck cab.

Officers say the discovered the suspect had shot himself with a 9 mm handgun.

At time of press the only information on the driver is that he is a white male in his 30s.

The suspect was taken to a local hospital. The name of the hospital, identifying information and the condition of the suspect have not been released at time of press.

NBC: Car Chase Ends With Suspect Shooting Himself Inside Truck 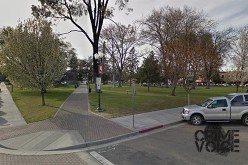 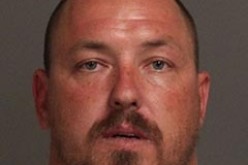 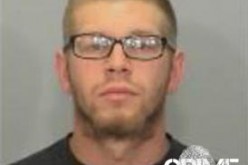 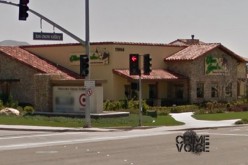 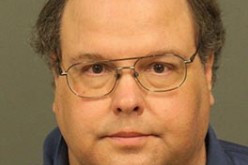