SALINAS—The investigation into the armed robbery of the Salinas Wal-Mart on North Main Street has taken an interesting turn.  Detectives have implicated the nephew of Richard Chacon, 32, of Salinas.  Chocon was shot and killed by police officers one day after the robbery in a standoff at the 1900 block of Constitution Boulevard. 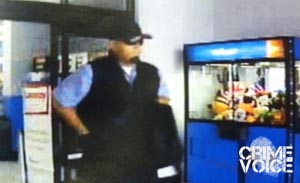 Jose Eliseo Agustin, 21, of Salinas worked at the North Main Wal-Mart as a customer service manager and not an assistant manager as previously reported.  He was arrested and changed with robbery and conspiracy to commit robbery with gang enhancements.

In the days following the standoff that locked down an East Salinas neighborhood for some 16 hours, police served several search warrants at residences known to Mr. Chacon.

Police found on Chacon’s person a .40 caliber handgun that they believe was the gun he used to fire on the officers.  They also found a 9mm handgun tucked in his waist.

Chacon and Agustin are known gang members and authorities believe that the robbery was conducted so they could further their gang activities.  “We are not surprised at the level of sophistication it took to pull off this robbery but we are always concerned when things of nature happen,” Officer Cabrera added.

Friday afternoon, as people started heading home to start their weekends they were met by local authorities telling them the area round Constitution Boulevard was closed and that they could not get to their homes.  Residence became “up in arms” as too why it took the Salinas Police Department so long to end the situation.

“We know people were evacuated for sometime but in situation such as this we have to be careful and we had to get search warrants for both residences,” Officer Cabrera said. “ We were just following protocol.”

Some residences were baffled by the situation as they stated that Chacon was a quiet neighbor. They were shocked that he would do something like this.

“We are very pound of our Officers along with the Sheriff’s Department. With their help we accomplished a lot in this investigation,”  Investigations Commander Vince Mairano said.

Agustin pled not guilty at his arraignment that happened on Monday. He was arraigned on charges of robbery and conspiracy to commit robbery with gang enhancements.

This is the first officer involved shooting in two years.

This continues to be an active investigation and the Salinas Police Department is asking the public to report any information they may have related to this incident. The information can be kept confidential by calling 831-775-4222 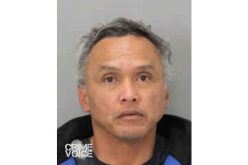 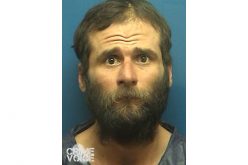 ADW Charge Elevated to Murder in the 1st