The weekend’s wild activities began on Friday at about 3 a.m. when officers responded to a report of shots fired into an apartment at 1501 Memorial Dr.  Upon their arrival, police discovered that no one was injured, but a bullet had been fired through the front window and a rock had been thrown through another window.

Later on Friday evening, around 6:45 p.m., officers responded to a report of several males fighting in the street at the intersection of Hawkins and Prune streets.  When officers arrived they found that all parties had left, but they also learned that shots had been fired.

Police were unable to locate any evidence of a shooting or any witnesses.  Officers were told that the males were all gang members.  “Lately the community has been calling in with a lot of tips to help us on these crimes.” Hollister’s Interim Police Chief Dave Westrick said.

On Saturday a resident from the 600 block of Powell Street reported that someone fired a shotgun into her home.  The victim stated that no one was injured and she was unable to provide any more leads to the Police. On that same night a resident on Prune Street reported that her home was also hit with a shotgun.  Police learned that it might have involved some type of retaliation for the Friday evening fight.

At 7 p.m. Saturday evening, Officer Matt Weiss responded to Prune Street on a report of a suspicious vehicle.  Officer Weiss located the vehicle in question, a grey Nissan Maxima, that was occupied by five males.

When Officer Weiss attempted to stop the vehicle, the driver sped off at a high-rate of speed in an attempt to elude Police.  The driver pulled over on Sally Street where two passengers fled on foot.  A responding San Benito County Sheriff deputy and another Hollister Police officer apprehended Edgar Lopez, 21, and Omar Quezada-Perez, 20, both of Hollister a short time later. 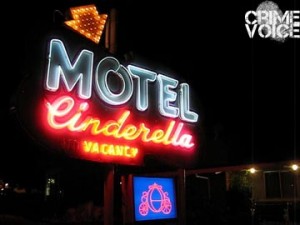 Later that evening, officers were dispatched to the area of Sunnyslope Road and Airline Highway on a report of a suspicious gold Chevrolet Suburban, in which the driver along with his front passenger were wearing red bandanas over their faces and acting like they had a gun. As officers were checking the area, there was a report of an attempted kidnapping at the Cinderella Motel involving a gold Suburban and men wearing red bandanas.  Arriving officers detained Alfonso Contreras, 18, and Michael Cortez, 26, both of Hollister. While Police were interrogating the two detainees about the unsubstantiated kidnapping, they discovered that a third male fled through a bathroom window of one of the rooms at the motel.

As authorities were finishing up their investigation, there was a report of a burglary at the HI Outlet Store on Tres Pinos Road.  It was reported that a man wearing a red bandanna over his face ran into the store and stole some merchandise, then ran into a waiting gold Chevrolet Suburban. The suspect in that case matched the description of the individual that escaped out the window at the Cinderella Motel. Contreras and Cortez were both identified as being the two occupants of the getaway vehicle.  They were both arrested for being accessories to the burglary.

Chief Westrick credits the public’s help and their awareness with keeping this weekend from becoming Armageddon. “The community has responded in kind, we have 1000 members city-wide in our neighborhood watch programs. “ Westrick Said.

Police believe that this weekend’s incidents were a one-time occurrence and not the start of a gang war. “It was a flare-up that occurred and it is over,” said Westrick.  According to Chief Westrick the Police are doing all they can to the make the residents of Hollister feel safe in their homes. “It’s a matter of pride for us to make the community as safe as possible.” Westrick added.

The City of Hollister, like many cities in California, does have a gang problem.  But with the help of the San Benito County Sheriff’s Department they have kept a lid on it. “We do sweeps all the time.” Westrick said, “We want to make them feel uncomfortable.”

These incidents are still under investigation and the Hollister Police Department is asking that anyone with information contact Detective Sergeant Dan Winn or Officer Carlos Rodriguez at 8310636-4330.  Persons wishing to remain anonymous may call WeTip at (800) 78-CRIME.  Information provided to WeTip may qualify for a reward.