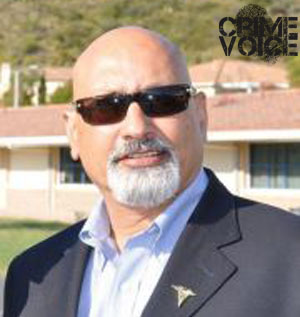 Dr. Arun Padhi, 59, of Thousand Oaks, was arrested on June 28th after an altercation with Ventura County Sheriffs who responded to a 911 Emergency call reporting threats of violence between local area neighbors.  Padhi is a highly educated medical safety case reviewer, with both M.D. and MBA degrees from University of California graduate schools and a specialist in such esoteric fields as pharmacovigilance, biopharmaceuticals, and antibody research, but his behavior on the day in question did not reflect that wisdom.

Upon arrival at Padhi’s residence, Sheriff’s deputies made initial contact with him by way of investigating the reported threats, whereupon Padhi became immediately “aggressive and uncoorperative”, according to Ventura County Sheriff Media Affairs Officer Sergeant Alan Hartkop.  At that time, Padhi retreated into his house, then exited a side door and seated himself on lawn furniture adjacent to the garage.

“At that time, deputies attempted to re-contact the suspect,” Hartkop reported to the media, “and he responded by brandishing a double-barreled sawed-off shotgun, pointing it in the direction the deputies.” 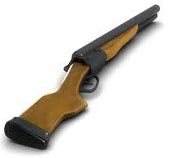 Deputies responded in kind, dropping into defensive positions and drawing service weapons.  A standoff of sorts ensued, with deputies eventually convincing Padhi that it was in his best long term survival interests to reconsider his options…which he eventually did, dropping the shotgun.  Deputies then rushed Padhi and took him into custody.

A search warrant was quickly obtained, allowing deputies to search Padhi’s residence, where numerous additional firearms were discovered and seized.  Padhi was booked into Ventura County Jail on charges of assault with a deadly weapon upon a police officer and possession of illegal firearms with his bail set at $250,000. 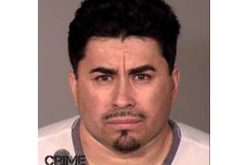