The Sacramento County Sheriff’s Department was called to a residence on July 1, 2012, shortly before 7 pm in the 3100 block of Bakula Way regarding a family disturbance, as information in the call included an allegation that a male resident of the home had explosive materials hidden somewhere in the residence, according to a Department official press release. 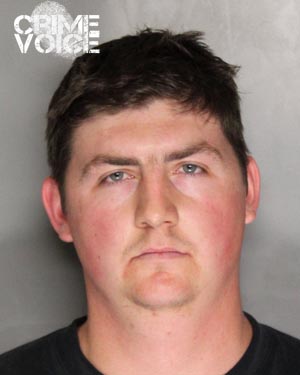 Deputies reportedly arrived at the location and detained Marcus Kiplinger, 27, who was out in the street in the front of the residence when deputies arrived. Another resident of the home gave deputies consent to conduct a search of the home, at which time deputies found a grayish-colored, clay-like material inside the garage and suspected it to be some sort of explosive. Several family members were reportedly moved outside of the residence as a precaution, and the Sheriff’s Explosive Ordnance Detail (EOD) was called to respond. Neighboring residents within a 300-foot radius were also evacuated.

According to the release, EOD personnel determined the materials inside the garage was C4 explosives and although the material was safe in the form in which it was found, additional items capable of detonating the explosive were also recovered at the scene. Detectives also reportedly found illegal firearm accessories inside the residence, which were recovered along with the explosive materials. Further investigation was being conducted to try and determine any motive for the suspect being in possession of these items.

Unlicensed Agent On the Hook for $140,000 Fraud Scheme