The Roseville Police Department is asking for the community’s help in identifying a robbery suspect, according to an official press release issued April 27. 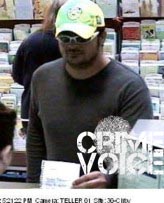 According to the release, the River City Bank inside the Bel Air store at Sunrise and Cirby was robbed at 5:10 pm on Thursday, April 26. The robber reportedly showed the clerk a note demanding money, took the undisclosed amount of cash, and left on foot. The suspect was last seen going towards Cirby Way. No vehicle or weapon was seen and no injuries were reported, according to the release.

The robber was reportedly a white male in his 30s with a short, scruffy beard and mustache. He wore a yellow ballcap with a neon green pattern, white-framed sunglasses, long-sleeved gray T-shirt or sweater, and blue jeans.

Anyone recognizing the suspect or with further information is urged to contact Roseville Crime Stoppers at 916-783-STOP or text a crime tip to “CRIMES” (274637) starting your text with the word “ROSEVILLE.” You can also submit a crime tip via the Roseville Police Department’s website, www.roseville.ca.us/police. 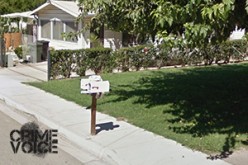 SLAYING AND RAPE SUSPECT IN COURT