FRESNO – A Hoover High School teacher was arrested this week on charges that she had sex with a student. 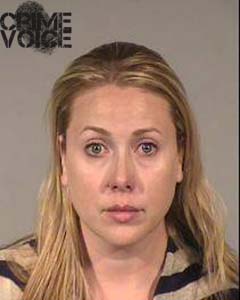 Megan Denman, 29, was taken into custody by the Fresno Police Department on April 9 for one count of having sex with a minor and two counts of oral copulation with a minor, according to authorities. Denman was booked into Fresno County Jail and released on $550,000 bail on April 10. Authorities have not revealed the age of the victim.

Denman has been employed with Fresno Unified School District since 2006. She is a social science teacher, according to the district. An ongoing investigation revealed that Denman was engaged in an inappropriate relationship with a minor student, police said. Detectives do not have any evidence to suggest that there are other victims. They also don’t believe that the sexual activity took place on the Hoover High School campus or any other Fresno Unified School District property.

“We have acted swiftly in taking the appropriate action in removing the teacher from the classroom and the school,” said FUSD Superintendent Michael Hanson.

Denman has been placed on paid administrative leave by the district while the investigation continues.

“As we all know, there have been incidents throughout the state of teachers taking advantage of the student/teacher relationship,” Hanson said. The superintendent went on to say how disappointing it is that this kind of inappropriate behavior has allegedly happened within FUSD. “The overwhelming majority of our employees are working hard every day to assure the success of our students, and our work will not be derailed by these allegations,” Hanson said.

This is an ongoing investigation, and anyone with information regarding this case is urged to contact Fresno Police Detective Al Lopez at (559) 621-2484.

The Daily Mail: Newlywed teacher and cheerleading coach, 29 ‘had sex with an underage student’

abc30: Hoover HS teacher arrested for sex with a minor 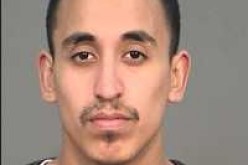