A Vallejo man was arrested by federal agents on Monday after being spotted by a concerned citizen, according to police.

According to the Vallejo Times Herald, Blake Johnson, 21, was the third suspect arrested who is believed to have been involved in a fatal shooting that left two men dead at the Parkway Gardens town homes in Fairfield on March 7. 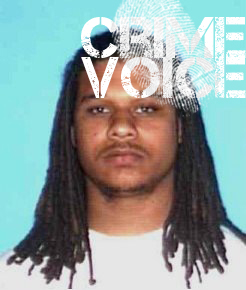 Police reported Johnson was wanted on an outstanding warrant for the shooting that left Vedell Chew, 24, and Bernard Knight, 18, dead on El Toro Court, which is nearby the town homes. Johnson was arrested without incident once his train arrived in Sacramento. He was later transported to Fairfield and booked into Solano County Jail.

Johnson was charged with two counts of homicide.

According to the Vallejo Times Herald, warrants were issued for the two previous suspects. Darren Trahan, 21, of East Palo Alto and Marcel Rutherford-Chew, 18, of Redwood City. Both turned themselves in on March 10 and were booked into the Solano County Jail. The two were released three days later, after an arraignment, when prosecutors did not have enough evidence to file charges. Police stated there was enough evidence for warrants to be issued, but the evidence was not strong enough for a conviction, according to the Daily Republic.